TweetDeck Gets a Major Makeover From Twitter
Reeder, gReader & Other Popular Feed Reading Apps Partner With Feedly Ahead Of Google Reader Shutdown 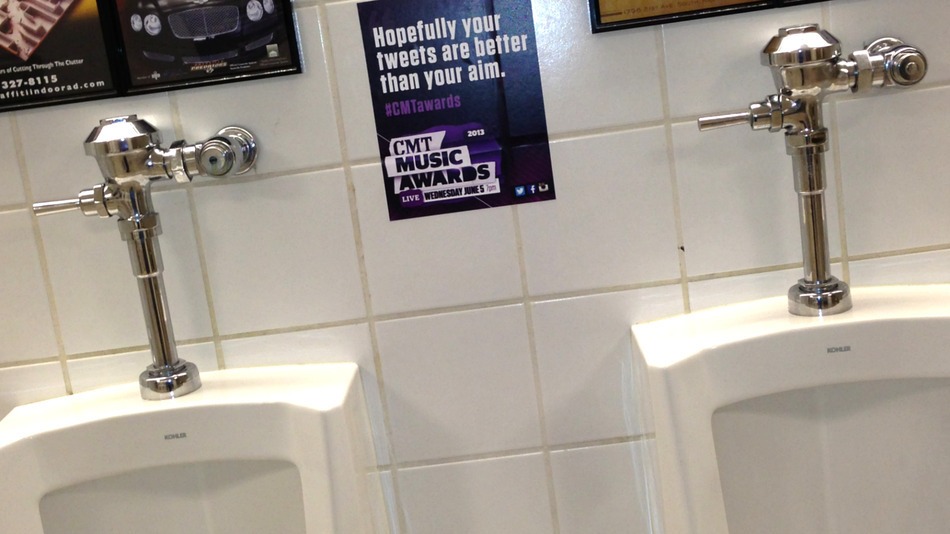 The #CMTawards hashtag will be prominently displayed on signs at the entrance, on cups, in big lights on the side of the building, on the back of seats, backstage and even in bathrooms.

These decals in Bridgestone Arena’s bathrooms will cleverly encourage people to create a different type of stream, so to speak — online and not just in the toilets.

“There’s 11,000 people in the building tonight and they have the best view of everything, so we want to mobilize them to create content,” Chris Nelson, director of social marketing at CMT, told Mashable hours before showtime.

“Whether they’re in the bathroom or in their seats, we want to remind them to tweet,” he said.

A Twitter Tracker will monitor the incoming tweets, and Cassadee Pope (winner of The Voice season three) will pick some to present on-air during the red carpet and the ceremony.

Last year, roughly half a million #CMTawards tweets were sent, with the intensity of them peaking at 5,140 tweets per minute during Luke Bryan’s performance.

This graph (click to enlarge) from social media analytics firm Mass Relevance shows what moments from 2012’s show resonated with viewers on Twitter. 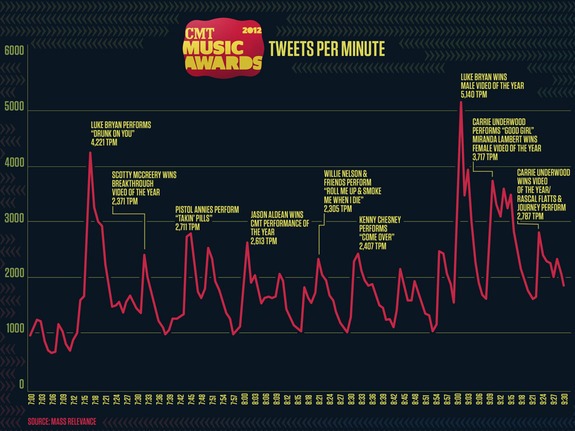