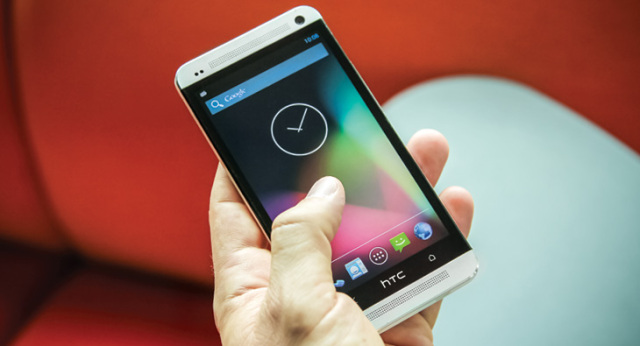 Google will make another mobile phone available with stock Android soon. Sundar Pichai, SVP of Android, Chrome, and Apps, announced at the D11 Conference that the company will sell the HTC One Google Edition for $599 on the Google Play store, beginning June 26.

Google has previously announced the availability of the Samsung Galaxy S4 with stock Android through the Play Store, which will retail for $649. That device was announced during I/O, with availability also set for June 26.

“We’re developing a user experience that scales across the world[…],” Pichai said, explaining why the Google Edition devices are now a priority for the company. “We’re making Android the operating system that is consistent across all of these devices.”

“The challenge is related to what is great about Android […] The scale and scope of Android is pretty breathtaking,” Pichai explained further. “From a Google perspective, we care about how users use Android and the user experience.”

HTC has already offered a similar device through its own online retail store, the HTC One Developer Edition. The Developer Edition is a $649.99 device that has 64GB of onboard storage, plus an unlocked bootloader. The new Google Play version of the One will differ in that it will also offer stock Android, and updates that arrive in time with those issued for Nexus devices and the Play version of the Galaxy S4. The Developer Edition also ships with Jelly Bean 4.1, but the HTC One Google Edition will ship with Jelly Bean 4.2.2. Also, the Google version will carry 32GB of internal storage instead of the 64 from the dev model. The Google HTC One works with GSM cellular networks.

HTC says it will continue to offer the Developer Edition direct from its own website, but the $599 Google Edition, with its GSM network support and initial U.S.-only availability, is probably the better buy for developers looking to not only try out the hardware but also stay up-to-date on the very latest from Google’s OS.

The HTC One has already been well-received by critics, and offering it with a stock Android experience is sure to be a hit with a specific audience. It’s also impressive that it will cost $50 less than the competition from Samsung. But now that Google is clearly interested in expanding the so-called “Nexus Experience” beyond its own line of co-branded devices like the Nexus 4 from manufacturer LG, it’ll be interesting to see what role those “blessed” handsets will have in the future, or whether “Nexus” becomes more of a designation than a specific device line.