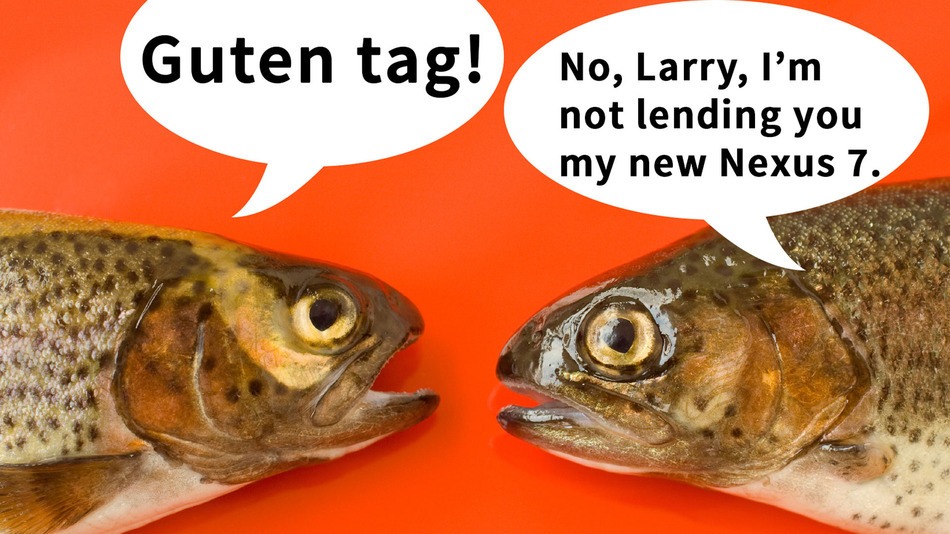 It’s not just the computers on Star Trek that Google wants to build for real. The company is also working on a device similar to the show’s universal translator — a mythical device on the show that lets everybody speak any language and still be perfectly understood.

Hugo Barra, Google’s vice president of Android product management, revealed to The Times of London that Google was working on building real-time translation into Android phones. This would mean a person could speak a sentence of phrase into their phone and the person on the other side of the call would hear the words in his native tongue.

Such real-time verbal translation has been a staple of science fiction for decades, seen in Star Trek, Doctor Who and, most memorably, The Hitchhiker’s Guide to the Galaxy through the Babel Fish: a tiny fish that anyone can slip in his ear and will absorb speech from its rear fins and project the translation from its mouth.

We’re years away from approaching that level of convenience, according to Google — but it’s in the works. Barra said the prototype phones are “near perfect” for specific language pairs such as English to Portuguese.

However, the tech is held back by more difficult language pairings (if you’ve ever used Google Translate for Chinese to English, you know the difficulties) as well as general hardware limitations associated with speech recognition. It’s a lot easier for a machine to understand a person in a quiet room, but the translation can get distorted with any background noise.

Google isn’t the first technology company to make a foray into real-time translation. In 2006, IBM worked with the United States military to create MASTOR, the Multilingual Automatic Speech-to-Speech Translator. IBM equipped 35 laptops with software that would record a user’s speech in one language and translate it into Iraqi Arabic after just a few seconds.

How much would you pay for a real universal translator? Let us know in the comments.