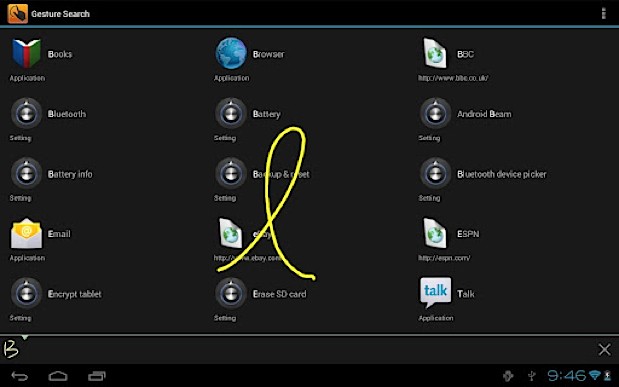 Gesture lovers and polyglots rejoice! Yesterday, Google updated Gesture Search for Android phones and tablets, making it compatible with even more languages. The app provides quick access to music, contacts, applications, settings and bookmarks — to name some — by letting users simply draw characters on the screen. It now recognizes over 40 languages and even handles transliteration, which comes in handy in Chinese, for example, where some native characters require more strokes than latin equivalents. Gesture Search started life as a Google Labs project back in March 2010 and received several tweaks over the years, including tablet support last fall. So go ahead: download the latest version from the Play Store and swipe away.