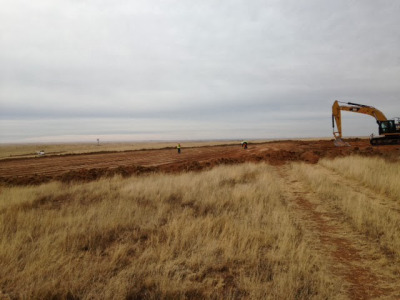 Once it’s operational, the new wind farm is scheduled to produce 182MW, enough capacity to provide energy to 56,000 homes. The facility is schedule to go online by the end of 2014 and will consist of 79 Siemens 2.3MW turbines. Morgan Stanley has provided financing for the project and Pattern Energy, as well as three tax equity investors will acquire the facility once the construction is completed.

At $75 million, this is not exactly Google’s largest investment in renewable energy yet. That honor belongs to Solar City, which received $280 million from Google to provide financing for residential solar projects. In total, Google says, it has now invested in enough projects to generate over 2GW.

Google’s biggest cleantech investment to date, though, is clearly Nest, which it acquired for $3.2 billion yesterday. There is no direct connection between the two announcements, but Google has obviously had a very strong interest in energy-related projects for a while and this only increased once Larry Page became the company’s CEO again in 2011. With Nest in its portfolio, we may see the company shift a bit more from large-scale energy projects to more consumer-oriented hardware products that help its users save energy directly.