Conversational queries reveal a one-hit wonder of the 1990s and Richard Branson in drag, among other results. 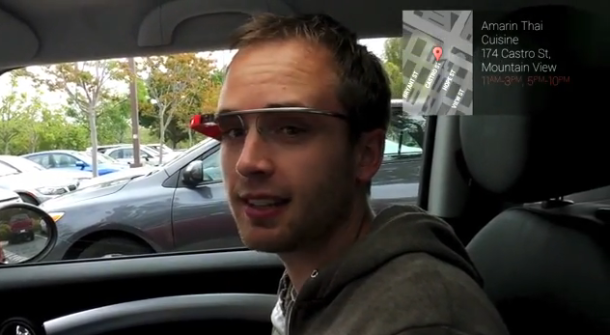 One of 20 searches from behind Glass.
(Credit: Screenshot by Eric Mack/CNET)

This week Google’s Project Glass team released a video demonstrating just how good the augmented reality specs are at what Google does best, search.

Much of the hype around Glass has centered on its ability to capture a true first-person perspective (we’ve already seen the first marriage proposal through Glass), but the 20 sample searches in the embedded vid below showcase the power of what’s essentially Google Now at its best, integrated into the new hardware.

We’ve heard plenty of rhetoric from Sergey Brin and others at Google about using Glass as a means of getting the device out of the way; providing a more seamless experience that allows a user to search without having to translate a query into a series of swipes and taps. The video shows off some of the most realistic uses for a Glass search, such as accessing flight information while driving, checking last night’s sports scores, and even the requisite pictures of cats in pajamas.

All of the searches seem to be performed with a simple touch of the trackpad on the side of Glass, followed by a voice request. What’s most impressive is seeing Google’s ability to understand context and conversational language combined with the hands-free experience of Glass.

Naturally, this promotional video doesn’t show us how many times a search query misses its mark, but “Will I need an umbrella tomorrow?” appears to produce the appropriate weather forecast, “Who sang that song where the guy goes ‘how bizarre’?” correctly returns “OMC,” and “What’s that movie where Jim Carrey gets his memory erased?” brings up the IMDB entry for “Eternal Sunshine of the Spotless Mind.”

That’s some pretty serious comprehension skills, right there. Next step is to code in a little bit of Siri’s trademark snark.

If Google can understand what I’m searching for, surely understanding my sense of humor can’t be that far off. I can’t wait for the day that Firefly makes its triumphant return via Netflix, and I wake up to a card in my Google Glass that informs me that “current conditions in Hell are 32 degrees and icy.”

Watch below for yourself and let me know in comments if you’re impressed or not.