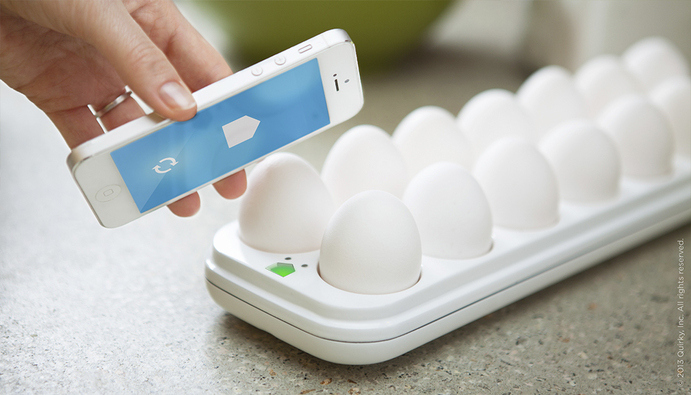 Putting all your eggs in one basket is permissible if the basket is self-aware.Quirky

If you’ve always wanted to be able to check, from anywhere in the world, exactly how many eggs are in your fridge at home, the Egg Minder is for you. Sure, it sounds silly. Do we really need an internet-connected device and companion smartphone app to tell us something so inessential? But it’s no worse than most other examples of that growing category of products comprising the “internet of things” (the expanding realm of devices that send information to, and can often be controlled from, the internet). And, at a price that may ultimately be as low as $14, at least this internet-connected device has enough utility to justify its price. 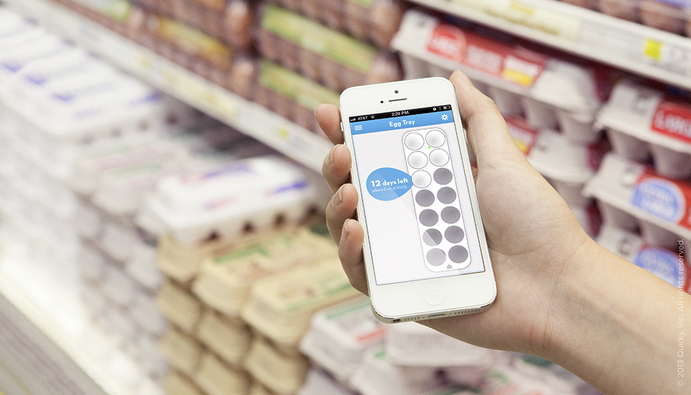 It’s as if the entire history of internet has been but a prelude to this moment.Quirky

Egg Minder is part of a collaboration—clearly promotional—between GE and Quirky, a crowd-funding site devoted entirely to gadgets. In contrast to Kickstarter, Quirky doubles as a store that sells gadgets even after they’ve been successfully funded on the site, and some of them have made it into big-box retailers like Best Buy and Bed Bath and Beyond. 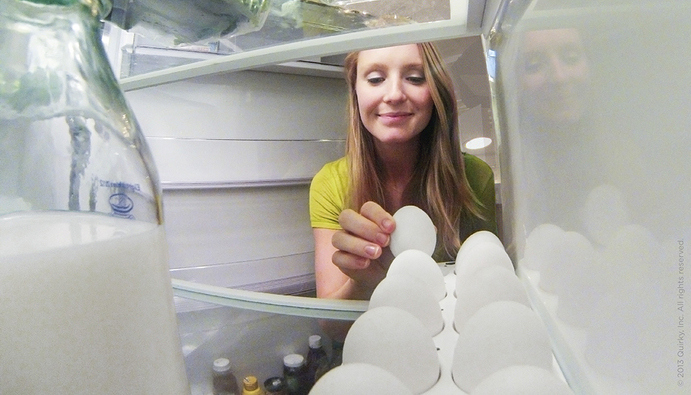 “I love you, Egg Minder.”Quirky

On its own, the Egg Minder is a fairly simple device: It has a sensor in the bottom of each of its 14 egg cups that can tell whether there’s an egg present, and this information is transmitted wirelessly to some nameless server in the cloud, which can then feed the data to an app on your smartphone. As a stealth ambassador for the internet of things, the Egg Minder has the potential to help normalize the notion that pretty soon just about everything we own will have some degree of self-awareness. The NSA may also want to know how many eggs are in your fridge, but that’s another matter.