The connected car concept has gained plenty of traction, but not everyone can afford an Audi or BMW to get that functionality built in. Deutsche Telekom’s hoping to bring a taste of that luxury to the masses by pairing its Navigon Telekom Edition app with Garmin’s heads-up display. This version of the app, available exclusively for German customers, brings heads-up directions, speed limit and other important stats to the HUD, provided it’s connected to your smartphone via Bluetooth. Garmin’s dash-mounted hardware is already available stateside for $130, but it’s up for grabs here at IFA for €149. We go eyes-on in the gallery below. 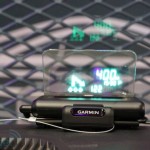 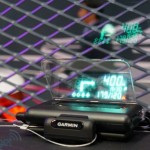 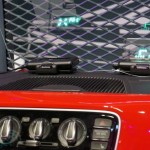