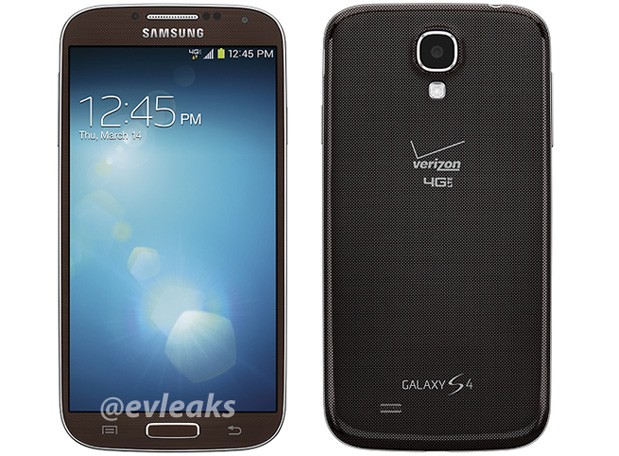 History might be repeating itself. Just as Samsung launched a red Galaxy S III for AT&T and followed up with black and brown Verizon models, a new @evleaks image hints that AT&T’s red Galaxy S 4 could be matched by a Brown Autumn equivalent on Verizon. The product shot doesn’t reveal more than the color, mind you — we don’t know when this GS4 could ship, or if Blue Arctic would tag along. If the past is anything to go by, though, customers won’t have to pay a premium for any additional Verizon hues.