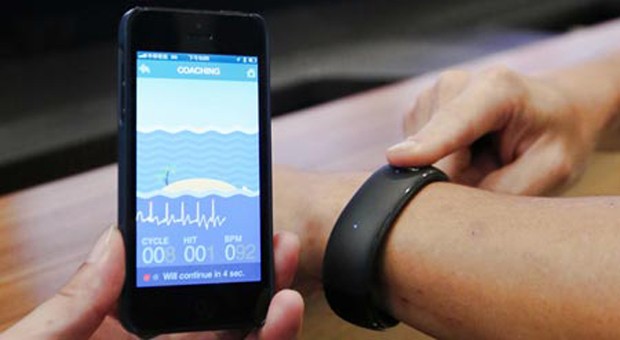 Foxconn isn’t waiting around for rumors of an Apple smartwatch to come true — it’s building a timepiece of its own. The company has just shown iPhone-compatible wristwear that previews Facebook messages and phone calls while tracking the owner’s breathing and heart rate. Upgrades are also coming in the long run, such as a fingerprint reader that would lock down the wearer’s health data. Foxconn hasn’t discussed launch details for the watch, but it’s almost more of a symbol than a product — it represents the diversification of a business that still leans mostly on contract manufacturing for revenue.