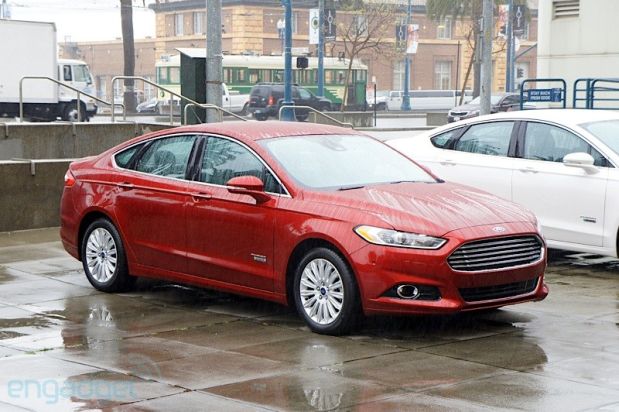 Apparently the window stickers of Ford’s hybrid line didn’t tell the whole story when it came to gas mileage. After a series of class-action lawsuits regarding fuel usage estimates and Consumer Reports noticing the vast disparity between what was advertised and what was possible, the blue oval company is finally paying the piper. To make it right, the Dearborn automaker is offering a free software update for C-MAX, Fusion and Lincoln MKZ models starting this August. There are a slew of fixes beyond supposedly better fuel efficiency, but perhaps the most dramatic is an increase in electric-only top speed. After the patch, the gas motor kicks in when the power plant reaches 85MPH, instead of the previous 62MPH threshold. No, your 88MPH joke won’t work here, so don’t even try it.