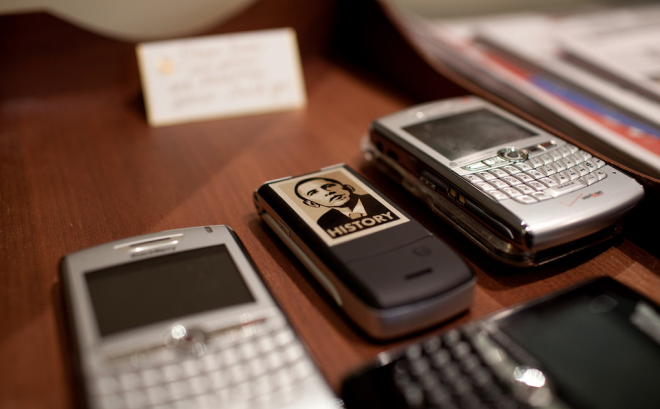 Photo: The White House’s Photo Stream/Flickr
The first of what likely will be many lawsuits challenging the constitutionality of the NSA’s dragnet phone surveillance program was lodged Sunday, declaring the newly disclosed spy operation an “outrageous breach of privacy.”

The suit names Larry Klayman, the former chairman of Judicial Watch, and two others who say the government has illegally spied on their Verizon accounts. The spy program, Klayman’s suit in the U.S. District Court for the District of Columbia claims, “violates the U.S. Constitution and also federal laws, including, but not limited to, the outrageous breach of privacy, freedom of speech, freedom of association, and the due process rights of American citizens.”

The suit comes days after the Guardian posted a leaked copy of a top secret Foreign Intelligence Surveillance Court opinion requiring Verizon to provide the NSA the phone numbers of both parties involved in all calls, the International Mobile Subscriber Identity (IMSI) number for mobile callers, calling card numbers used in the call, and the time and duration of the calls.

The order was directed at Verizon Business Services, the long-distance and landline business Verizon acquired as MCI in 2005. Klayman, who founded Judicial Watch, said in the suit he was a Verizon Wireless customer, meaning it’s questionable whether he has the legal standing to sue.

The suit did not specify the type of Verizon service the other two plaintiffs have.

Still, other Verizon customers are likely to bring their own lawsuits.

The suit names Verizon, NSA, Justice Department, President Barack Obama, Attorney General Eric Holder and others. The case comes as the American Civil Liberties Union and others are petitioning the FISA court to explain the legal rationale behind authorizing surveillance of this magnitude.