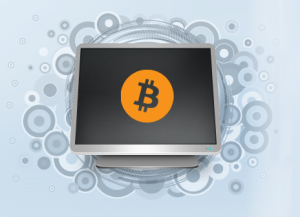 Bitcoin exchange service Mt. Gox‘s financial troubles are even more worrying than anticipated. On Monday, GigaOm reported that the U.S. Department of Homeland Security had seized $2.9 million from Mt. Gox’s Dwolla account. But The Genesis Block found out that Mt. Gox’s Wells Fargo accounts were seized as well, adding $2.1 million to the frozen assets. In total, $5 million was seized as Mt. Gox failed to register in the U.S. as a money transmitting company.

In May, the Department of Homeland Security issued a seizure warrant for Mt. Gox’s Dwolla account. As a consequence, its users couldn’t use Dwolla anymore to exchange USD to Bitcoins and Bitcoins to USD.

Yet, the most surprising move happened in June, when the company announced that it would suspends U.S. dollar withdrawals. While the feature was supposed to come back two weeks later, withdrawals have been sluggish ever since.

The latest warrant tells us why Mt. Gox couldn’t keep up with demand. $2.1 million was seized on June 19, just one day before suspending U.S. withdrawals. With $5 million in frozen assets, the company simply didn’t have enough funds in dollars to convert Bitcoin to USD.

$2.1 million was seized on June 19, just one day before suspending U.S. withdrawals.

Even when U.S. authorities planned to seize Mt. Gox’s Dwolla account, they already stated that Mt. Gox’s Wells Fargo accounts were the real issue. In order to accept funds in dollars, the company opened a Wells Fargo business account for Mutum Sigillum LLC (Mt. Gox’s American subsidiary). But it declared that Mt. Gox was “a business not engaged in money services.”

In particular, president and CEO Mark Karpeles answered ‘no’ to two important questions: “Do you deal in or exchange currency for your customer?” and “Does your business accept funds from customers and send the funds based on customers’ instructions (Money Transmitter)?”

According to the Department of Homeland Security, the Bitcoin exchange service should be considered as a money transmitting company. More recently, New York’s top banking regulator confirmed this view — according to New York’s Financial Services, all Bitcoin firms should respect the current financial regulatory guidelines to “root out illegal activity.”

Here are the seizure warrants obtained by The Genesis Block: