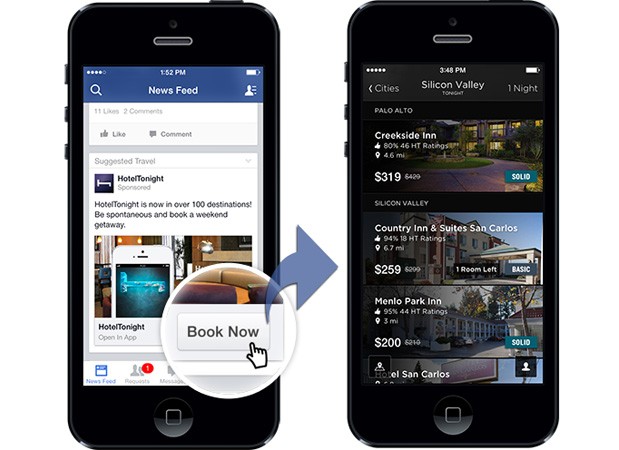 Ads for mobile apps are frequently ineffective after the first viewing — once users install a given app, they rarely have incentives to try the software again. Facebook may have found a way to sustain customers’ interest through its new deep linking ad format, however. The approach takes curious visitors to a specific point in an already installed Android or iOS app. A hotel ad can invite you to book a room, for example, while a game ad may take you to a new level pack. We can’t promise that the sales pitches will be any more persuasive than before, but they may remind you of installed apps that were previously collecting virtual dust.