TechStars London Unveils Its 2014 Teams — Five Of The 11 Have Already Raised $4M In Total
Facebook Paper: The Inside Story Is Not What You’d Expect 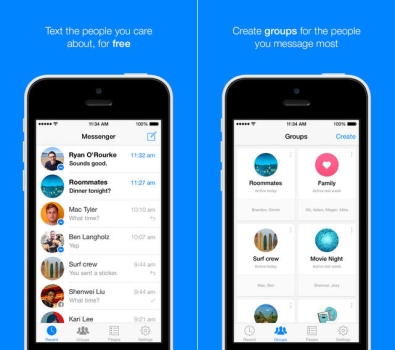 Remember when Facebook bought and then shut down Beluga back in 2011? Well, almost three years later, Zuck’s finally putting features from his first group-messaging-app purchase to use. The latest update to Messenger on iOS lets you group contacts together however you’d like, and spam ’em with animal stickers (or texts) en masse. Along with the typical stability fixes and speed improvements, the change log notes that you can now forward messages and photos to users that aren’t in your current conversation too — pretty much the opposite of Snapchat.