Iterations: How ESPN Thinks About The Future Of Its Product And Technologies
Samsung Briefly Posts Galaxy S4 Mini On Its Apps Site, Adding New Credence To A Summer Release 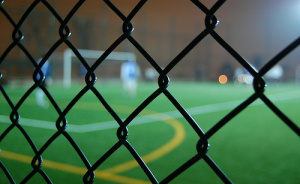 Facebook Home is dying. Or it would be, if it had ever actually lived. I’m not going to pronounce it dead quite yet – there is a chance Zuck & Co. can revive it, with the right kind of updates and by dialling back the experience so it’s not such an absolute mobile takeover. As just a lockscreen widget, say, it might actually be pretty popular. But a reduced version of Home will mean Home is dead anyway. It won’t be the mobile dominator it was conceived to be. It will be just another app/widget, competing alongside all the others that are taking mobile users’ eyeballs away from Facebook. Home will be failing to do the job Facebook intended it to.

The problem for Home is that Facebook has underestimated how important apps — and, crucially, the customisation apps afford — are to the smartphone experience. And when you step back and consider it, that’s a breathtakingly massive oversight. Apps aren’t declining in popularity. On the contrary. Evidence suggests mobile users are downloading and using more and more apps. Attention spans are being fragmented. Which is of course Facebook’s big fear. It has built a business by being the catch-all social container for our digital interactions, from messages and conversations to idle pastimes, preferences and predilections. The more those conversations and signposts move elsewhere, the more stale Facebook’s data becomes. It’s death by a thousand other services. Little wonder the Facebook phone — aka the HTC First – is looking DOA. Who wants to buy an app-less smartphone?

To my mind Facebook is not the only one guilty of underestimating apps, either. Third-party apps are exactly how iPhone owners and, to a lesser extent, Android users customise their phones. Android users have more flexibility – since they can add widgets, too, and even change the entire look and feel of their device by choosing a new launcher, but apps are still the engine powering Android’s momentum. (Indeed, a key tipping point will come when the majority of developers start going Android first, rather than iOS.) So when Nokia markets its Windows Phone powered Lumia flagship as “the most innovative smartphone in the world” it’s hammering home exactly how much it has missed the point. Focusing on the device in that way is like a football manager talking up how great the ball is. It’s just totally not the point.

The smartphone is not what’s interesting here. It’s what you do with it that counts. Once you’ve reached flagship hardware level, a good device is a given. That’s not what really excites people about the smartphone in their pockets – it’s the sweet shop of apps they pick and mix to make it their own. The iPhone is a Twitter machine, it’s a Vine creator, it’s a Rando generator, it’s an Instagram facilitator. It’s not merely a great smartphone. It’s all the other neat things it enables you to do. That’s where the innovation is, not in its hardware components. Solid, reliable, powerful hardware is just the foundation for everything else. No surprise that so many iPhone adverts focus on apps – i.e. on other people’s software. Because that’s what gives Apple’s own hardware and software its halo.

Microsoft’s Windows Phone platform feels like it’s made some of the same mistakes as Nokia and Facebook Home, in that regard. When the OS was first unveiled, it stood out because it looked so different, relative to iOS and Android. But at the same time, there was something about it that didn’t quite sit right. As time has gone on, that feeling has only increased for me. It has always felt like it’s trying to do too much. That it wants the spotlight to be on itself, more than on add-ons that could extend and animate the platform to make it really live and breathe.

Some of that was probably inevitable, since Microsoft has had to play catch-up when it comes to getting apps built for its late-to-the-party ‘third ecosystem’. Is still having to play catch-up. But it also seems to go deeper than that. The design templates Microsoft offers to developers so their apps can fit in with the Windows Phone look and feel are symptomatic of its attitude here. It’s putting the platform first and treating apps as slaves for its own central software. Once again, that spectacularly misses the point. How ironic that Microsoft’s sales pitch for Windows Phone has involved criticising rival platforms for their surface look of a “grid of apps”. As with Nokia, Microsoft is showing how flawed its thinking is. Apps are exactly what’s interesting about smartphones. Returning to the football metaphor, it’s as if Microsoft is fixated on telling everyone how amazingly smooth and green it has made the pitch. Frankly, who cares?

Windows Phone apps that opt to retain the Metro/Windows Phone UI look and feel are often a bizarre experience for the user. They feel like an OS extension, not something new, original and different in their own right. They don’t help to give the platform a stronger sense of identity because they don’t feel like they’re administering a vital injection of external creativity. Rather their identity and innovation is absorbed back into the platform, making the overall experience feel dull, diluted and lacking – lacking in vibrancy, agency and originality. That’s a pretty drastic misstep when you’re competing with a company like Apple, which absolutely gets that the true value of smart mobile devices is what lies outside them, in the ecosystem where users find the things that matter to them, made by thousands and thousands of insanely creative outsiders. That process is real personalisation, not a Live Tile that flashes a few of your Facebook photos every few seconds. That’s just a dumbshow of personalisation.

Facebook Home, like Windows Phone, is making the mistake of trying to be everything. Which means it’s setting itself up to fail, because it’s lining up against an army of global developers with no shortage of ideas. Those developers are coming up with far more interesting creations than any one entity ever can. It’s a war no one company can win. Nor should it — or mobile users would be the ones missing out.