3D Faxing: The Natural Evolution of 3D Printing?
Strike Social Analyzes The Performance Of Your YouTube Videos For Free 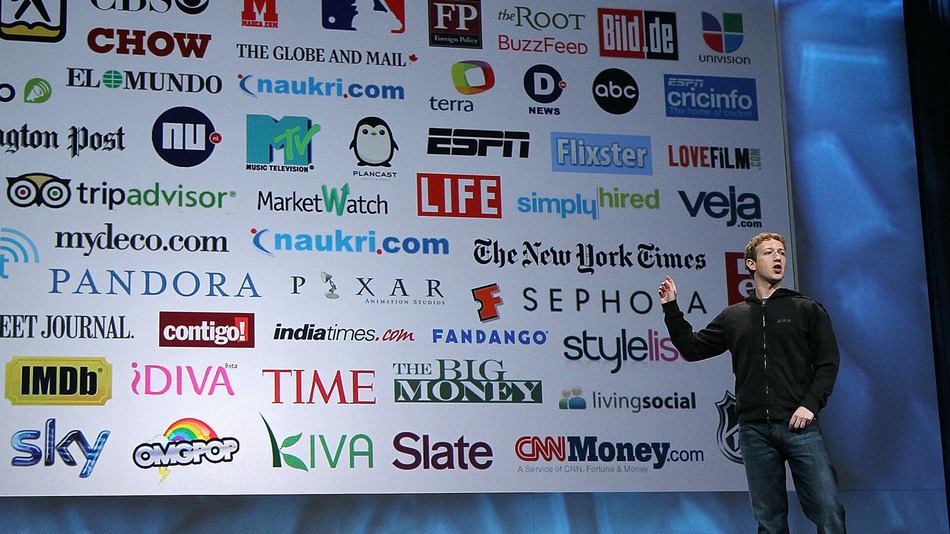 Spreading spam on Facebook Pages is a booming business of at least $200 million a year. And a single post that contains a spam link is worth from $13 to $58, depending on how many likes the Facebook page has, according to researchers.

Independent researchers found 30,000 Facebook Pages (which used to be called “Fan Pages”) advertised on underground spam forums. Then they analyzed the Pages, looking for posts that contained keywords like “click here,” “free,” “wow,” or “join,” followed by shortened links.

In two days in July, using two servers, the group of Italian researchers, led by Andrea Stroppa, Carlo De Micheli, and Danny Di Stefano, went through almost 700,000 posts and found out that almost 37,000 of those were spam.

The six researchers, who months ago shined a light on the fake Twitter followers business, studied various underground spam forums and found that for Facebook Pages with less than 30,000 likes, spam posts can be sold for as much as $20 and as low as $8 (the average is the aforementioned $13). For pages with more than 100,000 Likes, posts can cost as much as $100 dollars, and in some instances, for pages with millions of fans, the price is more than $200.

Facebook bans Pages administrators from posting advertisements. In fact, according to Facebook’s Pages terms of service, “third-party advertisements on Pages are prohibited without our prior permission.”

Facebook spam, while not as pervasive as email spam, is a growing problem, according to experts. Facebook said in 2012 that only 4% of the content shared on its network is spam, according to The Wall Street Journal, while more than 70% of email is spam, as recently reported by Mashable.

“Social media spam isn’t yet quite seen on the same level as email spam.” said Roel Schouwenberg, a senior security researcher at Kaspersky Labs. “The problem will continue on growing until there’s a bigger crackdown on businesses that are offering services to spam Facebook.”

If spam keeps spreading on the social network, it could eventually hurt its business, not only because there are people that effectively advertise on Facebook without paying the company, but because users might be annoyed by spam and leave the network.

“There’s a financial incentive for Facebook to address the spam problem. For one, people may stop using the service if the spam problem is too severe,” explained Schouwenberg. “Secondly, as Facebook is looking into further ways to better monetize the platform they’ll want to have the least amount of spam possible. Otherwise users will start grouping the legitimate ads together with the spammed ads, which will reduce the value of the legitimate ads.”

Stroppa and the other researchers included a statement from a Facebook spammer they spoke to on Skype who explained how he’s benefited from Facebook spam without ever being caught. (Stroppa declined to identify the spammer.)

“Facebook doesn’t ban us simply because we generate the content on Facebook itself. Everyday I materialize funny and interesting content full of phrases and so forth that is shared and liked by thousands of users,” he or she reportedly said, according to the researchers. “Without the Fan Pages Facebook would be an empty place. Tell me, how many links do you see shared by your friends on your timeline everyday? You see? The answer is simple.”

According to Stroppa, though, Facebook isn’t doing enough in fighting this problem and might actually be turning a blind eye to it because, in the end, it might not bother them that much.

“Facebook doesn’t have a couple of 100 Euro servers like the ones we have, and can monitor in real time. Facebook could fight these if it wanted,” he said.

“Protecting the people who use Facebook from spam is a top priority for us. We have developed a number of systems to identify spam and stop it from spreading, and we have mechanisms in place to quickly shut down Pages, accounts, and applications that are found to be in violation of our terms of service. We also offer tools for people to report Pages and posts that might be spam. We will continue to improve our spam-fighting systems so we can to ensure that the overall level of spam on Facebook remains low.”