Study: 73% of U.S. Teens Still Use Facebook
Founders Pitch Startups From Inside An Ice Hole Near The Arctic Circle 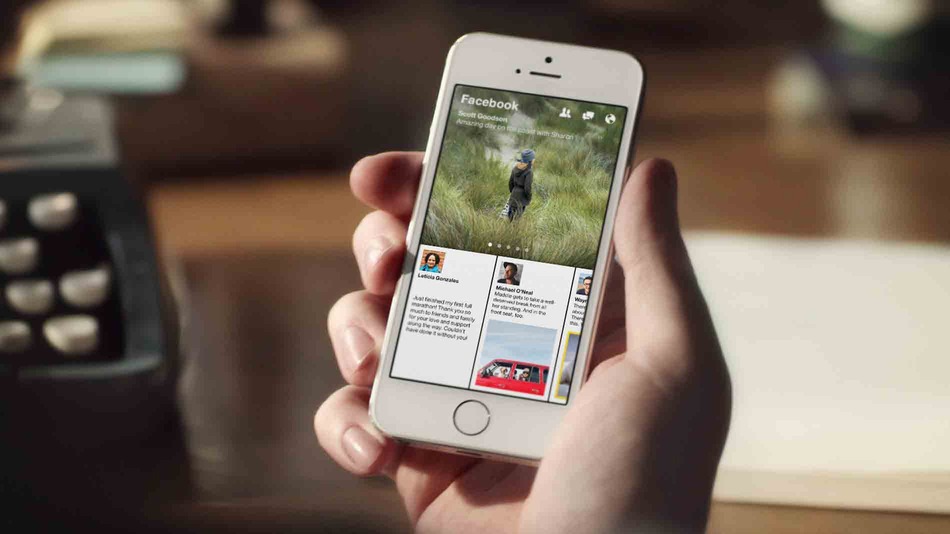 Facebook unveiled its long-awaited mobile news reader app Thursday. Paper, as the app is called, will be available February 3.

Just 24 hours after Facebook CEO Mark Zuckerberg promised more standalone apps in 2014, the company announced Paper on Thursday, a standalone news reader mobile app that has reportedly been in the works for years.

The new app will surface content from 19 different “sections,” including sports, tech, pop culture, and “LOL.” The app also has a “Newsfeed” section, which is the same News Feed users are accustomed to on the native apps, but with a new design.

Each section will have a rotating carousel of images across the top, and individual cards and stories below that image. The new app was specifically designed to look different than the native apps, and has larger images and content cards without the typical blue trim present on Facebook’s native apps.

Users will be able to select which sections they wish to subscribe to, and all content will be curated through a process that includes an algorithm and a human selection. For now, sections will not be personalized. For example, a user in San Francisco will see the same items in his sports section as a user in Chicago, although personalization could be added in the future.

The app also has a preview feature for users to see what their posts will look like before they are shared on Paper. Anything shared on Paper will also appear on that user’s Facebook News Feed in the native apps and on desktop.

Despite Facebook’s mobile ad success — 53% of the company revenue came from mobile ads last quarter — Paper will launch without any ads on the service. This includes sponsored stories. It’s likely that ads will be added once the company examines how users engage with the product, but for now, the app will be ad-free. 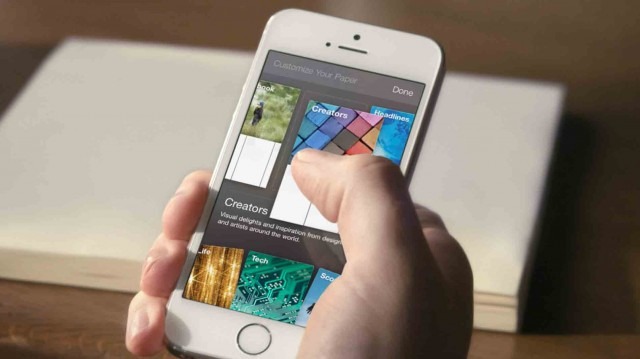 Paper will not have ads at launch, and users will be able to subscribe to 19 different sections within the app.

The new app was announced after Wednesday’s earnings call, where Zuckerberg talked openly about the company’s upcoming product plans. “While the core business growth is going to come from the main app that exists,” CEO Mark Zuckerberg said, “you should also expect us to start building a few of these other things that we will focus on over time and develop into meaningful things like Messenger and Instagram are today.”

The app was created by a 15-person team as part of a broader company initiative known as Facebook Creative Labs. (This is not an actual lab, but simply a group of employees focusing on these types of standalone apps.) The news reader app has long been rumored, and was reportedly the pet project of Facebook’s Head of Product, Chris Cox, for years.

The initial look of the app is reminiscent of Flipboard, with large photos and card tiles. LinkedIn’s news reader app, Pulse, also has a tile look. LinkedIn recently updated Pulse in order to integrate the content more closely with what was available on the platform’s web service.

Paper is schedule to hit the App Store on Monday February 3, but will only be available to iPhone users at launch. There is no Android or iPad versions of Paper, and there is no timeline for when they may be available, according to a company spokesperson.