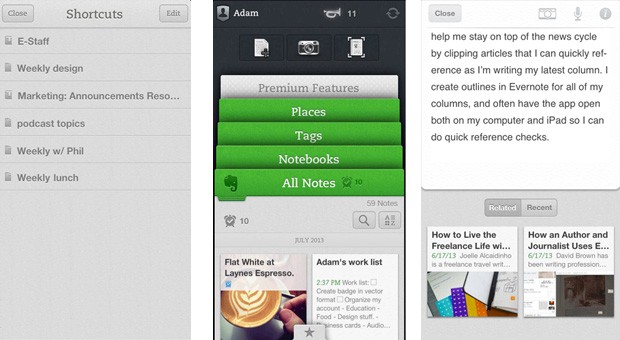 Many habitual Evernote users have giant stacks of notes that can be difficult to sift through. Mercifully, Evernote’s updated iOS app has come to their rescue: it now lets users create shortcuts to favorite notes and surface related notes. It’s easier to mark up those scribbles, too — the update integrates tightly with Skitch, dropping users directly into the companion app for annotations and drawings. Premium users can jump directly to Skitch for PDF editing. There isn’t a corresponding Android update just yet, but serious iOS note takers can get the new Evernote build today.