Europe’s Competition Commissioner has indicated he is very likely to ask Google for more concessions as part of the EC’s ongoing investigation into Mountain View’s search and advertising practices. Google submitted proposals to the Commission to allay their concerns back in February. At the time the EU said discussions were “ongoing with Google” and would not put a timeframe on how long the process was likely to play out.

Now, according to Reuters, Commissioner Joaquin Almunia has suggested Google has not done enough to allay the Commission’s concerns. ”After, we will analyze the responses we have received, we will ask Google, probably, I cannot anticipate this formally, almost 100 percent we will ask Google: you should improve your proposals,” Almunia is reported to have told lawmakers during a hearing at the European Parliament.

Google’s proposals to fend off the antitrust investigation include labelling promoted links to its own specialised services so that they can be distinguished from natural web searches; displaying links to rivals’ services close to its own; and offering websites opt-outs to use of their content in Google’s specialised search services. Other proposals include removing certain obligations on publishers and advertisers. The full list of proposals can be found here.

Once Google’s proposals were made public, rivals were quick to criticise them. ICOMP, an anti-Google lobbying organization issued a preliminary response back in April saying its commitments were “too little, too late”. 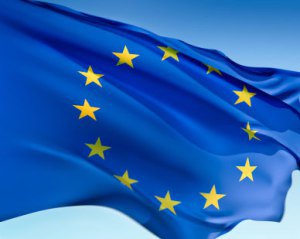 Today’s comments by Almunia suggests the EC is heading for a similar conclusion. The Commissioner has previously talked tough on Google, telling the FT in January that his “conviction is [Google] are diverting traffic” and hurting competitors — and that the company may be abusing a “dominant position”.

The EC investigation has focused on whether Google has been giving preferential treatment to its own vertical search services vs competitors. It has also been looking into whether Google has been copying content, such as reviews, from rivals and incorporating it into its own offerings. On the advertising side, the concern is that Google is shutting out competing providers of ”intermediation services” and making it too hard for advertisers to port their campaigns to other services.

Europe’s antitrust investigation into Mountain View was launched back in 2010 so is well into its third year. The EU has the power to levy a fine of up to 10 per cent of a company’s annual turnover if they are found to have breached its rules.

Also today, Almunia said the EC is also still considering whether to open a formal investigation into aspects of the Android ecosystem, following the complaint filed by another anti-Google lobby group — which counts Microsoft, Nokia and Oracle among its number – back in April. That complaint described Android as a “Trojan horse” designed to enable Google to “dominate the mobile marketplace and cement its control over consumer Internet data for online advertising as usage shifts to mobile”.

“We have received a formal complaint regarding some aspects of the Android ecosystem. We are working on it, we have not decided if we will open or not a formal investigation,” Almunia is quoted as saying.