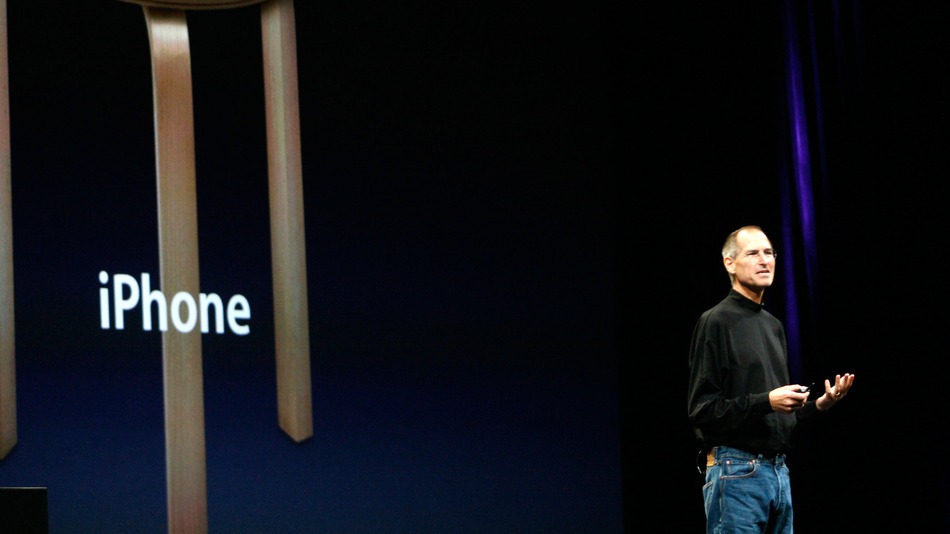 Developing the First iPhone: Behind the Scenes

In a piece published by the New York Times Friday, writer Fred Vogelstein has a fascinating, behind-the-scenes look at the monumental amount of preparation that went into designing and producing the first iPhone and the introduction event in January 2007.

The story starts with a look at the hectic moments before the now-famous keynote given by former CEO Steve Jobs. Andy Grignon, a former senior engineer at Apple, was not excited on his drive to San Francisco before the event:

But as Grignon drove north, he didn’t feel excited. He felt terrified. Most onstage product demonstrations in Silicon Valley are canned. The thinking goes, why let bad Internet or cellphone connections ruin an otherwise good presentation? But Jobs insisted on live presentations. It was one of the things that made them so captivating. Part of his legend was that noticeable product-demo glitches almost never happened. But for those in the background, like Grignon, few parts of the job caused more stress.

Grignon was the senior manager in charge of all the radios in the iPhone. This is a big job. Cellphones do innumerable useful things for us today, but at their most basic, they are fancy two-way radios. Grignon was in charge of the equipment that allowed the phone to be a phone. If the device didn’t make calls, or didn’t connect with Bluetooth headsets or Wi-Fi setups, Grignon had to answer for it. As one of the iPhone’s earliest engineers, he’d dedicated two and a half years of his life — often seven days a week — to the project.

Grignon had been part of the iPhone rehearsal team at Apple and later at the presentation site in San Francisco’s Moscone Center. He had rarely seen Jobs make it all the way through his 90-minute show without a glitch. Jobs had been practicing for five days, yet even on the last day of rehearsals the iPhone was still randomly dropping calls, losing its Internet connection, freezing or simply shutting down.

Vogelstein also presents information from former key Apple employees Tony Fadell and Scott Forstall regarding the huge amount of development (and more than $150 million in cash) that went into making Jobs’ vision a reality.

As you can imagine, the deadlines were stressful:

The pressure to meet Jobs’s deadlines was so intense that normal discussions quickly devolved into shouting matches. Exhausted engineers quit their jobs — then came back to work a few days later once they had slept a little. Forstall’s chief of staff, Kim Vorrath, once slammed her office door so hard it got stuck and locked her in, and co-workers took more than an hour to get her out. “We were all standing there watching it,” Grignon says. “Part of it was funny. But it was also one of those moments where you step back and realize how [expletive] it all is.”

But as we all know, Jobs’ keynote went off without a hitch, and the original iPhone helped start a revolution for Apple. Here’s the complete address:

Thanks to the flawless presentation, and a flask of Scotch, Gringon was happy:

By the end, Grignon wasn’t just relieved; he was drunk. He’d brought a flask of Scotch to calm his nerves. “And so there we were in the fifth row or something — engineers, managers, all of us — doing shots of Scotch after every segment of the demo. There were about five or six of us, and after each piece of the demo, the person who was responsible for that portion did a shot. When the finale came — and it worked along with everything before it, we all just drained the flask. It was the best demo any of us had ever seen. And the rest of the day turned out to be just a [expletive] for the entire iPhone team. We just spent the entire rest of the day drinking in the city. It was just a mess, but it was great.”

While the entire piece is quite long, it really should be on your weekend reading list. It’s a great look the huge amount of effort behind the original handset.