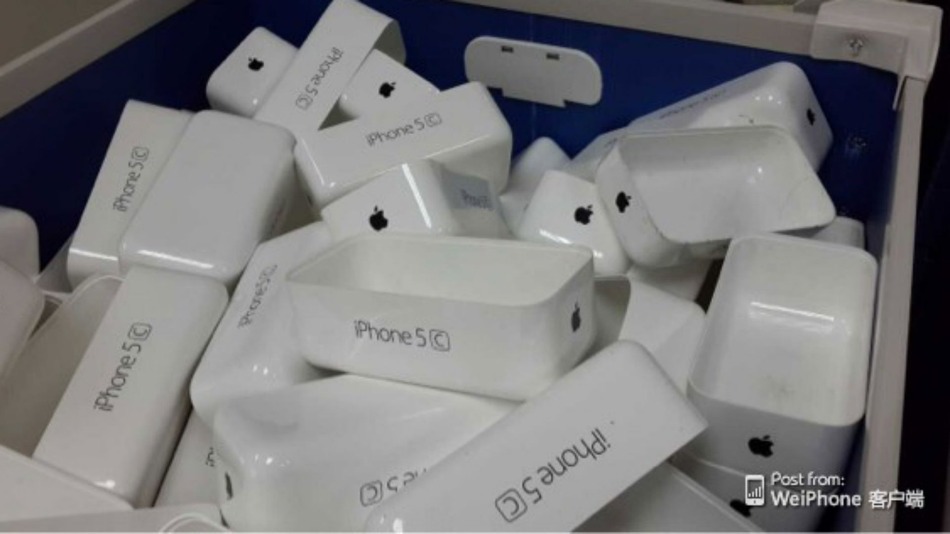 An image of what appears to be plastic retail packaging for Apple’s rumored budget iPhone has surfaced on Chinese discussion forum WeiPhone.

There is speculation that the so-called iPhone 5C is the budget, plastic-encased device that would join the updated iPhone 5 — expected to be called the 5S — as part of Apple’s fall product reveal. The image was first noticed by French gadget site Nowhereelse.fr.

What’s more, some sites are reporting that the C could stand for “color,” as the budget phone is reported to come in a variety of hues..

Nowhereelse notes that the user who uploaded the image on WeiPhone also mentioned the device in an earlier forum post.

Based on previous rumors that Mashable has covered, the budget handset is expected to look like a combination of the iPhone 5, the latest iPod touch and the iPod classic.

Apple has not confirmed reports about the rumored budget iPhone.

Do you think this is legitimate packaging for Apple’s next handset? Sound off in the comments, below.