How often have you wished you could turn your lights off without moving an inch from your comfy couch?

Researchers at the University of Washington are working on making that a reality with a device that interprets your gestures to perform commands for various devices, like pausing music and movies, or turning the lights off.

The idea is similar to the one behind the Xbox Kinect— but this device does not require close proximity in order to work, since Wi-Fi signals can travel through walls. The researchers call it WiSee.

A WiSee-enabled receiver is adapted from a regular Wi-Fi router and, instead of using visible-light or infrared cameras, it monitors the wavelength of the Wi-Fi waves in an environment. Movements — say, a wave of the hand — cause unique and measurable changes in the Wi-Fi signal, and the receiver can use its software to interpret them as commands.

The software currently recognizes nine different gestures and, its developers claim, can distinguish them with an average of 94% accuracy — even in a multi-room space occupied by several people. The next step is to get the router to control multiple devices at once.

It’s not known if or when WiSee will ever make it to market, but the researchers have submitted the tech to the 19th Annual International Conference on Mobile Computing and Networking in September. 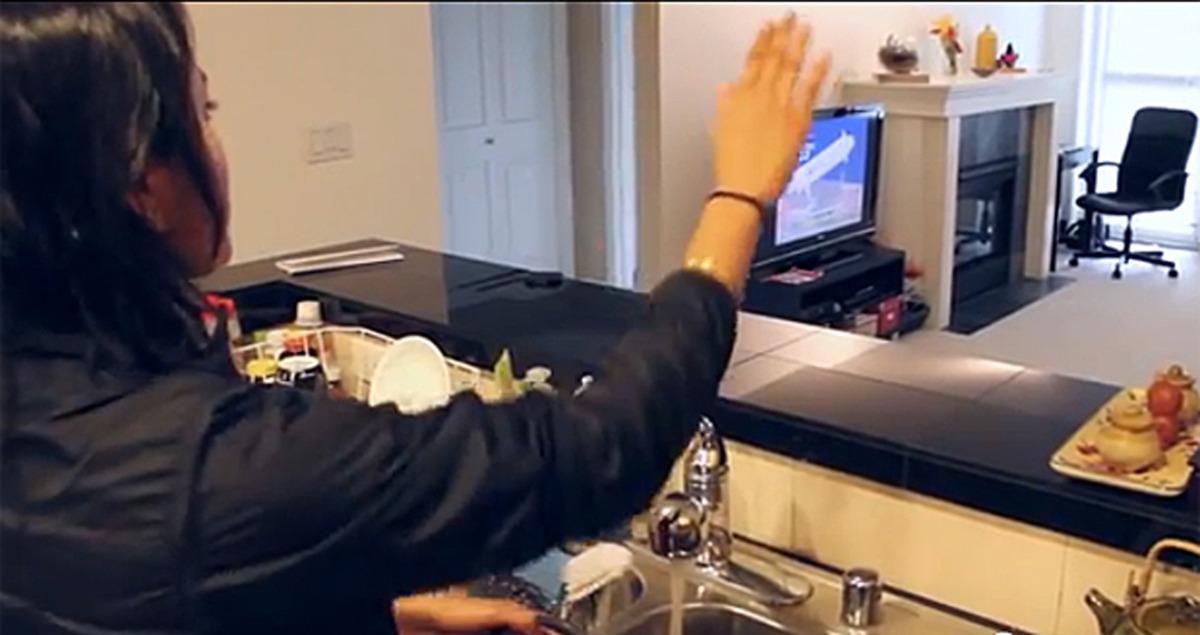 Image Courtesy of University of Washington