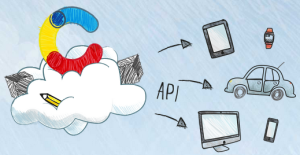 Contentful, a startup out of Berlin, is today releasing a beta of a platform that it hopes will be the future of how companies manage their content in a multi-screened world, where nearly any physical object has a shot at being a piece of “hardware.” It is also announcing a seed round of an undisclosed amount from Balderton and Zendesk backer Point Nine Ventures to help further that vision.

A lot of us in the publishing world have pondered over the last several years about the most efficient and flexible way of creating content that can be easily edited and redistributed. Initially that challenge applied to new printing systems; then to print and web; then print and web and mobile phones; and most recently to print and web and phones and tablets.

But Contentful is not aiming to be another contender in that business. “We don’t want to replace WordPress or other CMS’s which publish content on the Web,” CEO Sascha Konietzke tells me. “Instead, we’re providing a solution to publish to all the new platforms and devices, and specifically applications, which require new ways to deliver content.”

That is to say: Contentful is taking that concept for an ever-expanding set of mediums/screens and applying it to any piece of digital information. That includes allowing content to be delivered over iOS, Android, interactive HTML5 and JavaScript, in a “presentation-independent format” that will work on all the different screens that we know now — from phones to Google Glass, smartwatches and cars — to those that we haven’t even seen yet.

And like those publishing CMS systems that concern us journalist types, Contentful had a precedent: Thriveventures, the company behind Contentful, had originally developed a product called StorageRoom, which helped take content from digital files and make it something repurposable in mobile apps — a service that picked up some 1,000 customers.

StorageRoom is not taking new signups and current customers on that platform are getting migrated to Contentful, Konietzke tells me, as mobile apps become just merely one type of screen among the many that consumers will use today and in the future.

Contentful falls into that same category of services out there that help enterprises take advantage of all the advances in the world of tech, without necessarily needing to be engineers to do so. (In one of the more recent developments in that area, Intuit bought Elastic Intelligence to provide its SME customers with a platform to help them easily translate their cloud-based data into applications without the need for extra developers.)

On the Contentful platform as it stands today, Konietzke notes, “We provide the interface for editors to manage the content, and powerful APIs and SDKs for developers to load the content into their apps on any platform. It’s then completely up to the developers to use their tools and templating frameworks of choice to create the actual presentation layer. Especially agencies love this, as they can create really compelling experiences and are not restricted by any existing template system.” But he adds that this is evolving to become more self-service. “Currently we’re already talking with mobile app generators, so that we also have ways for our customers to manage content and to create applications without an external or in-house developer.”

Apart from the cost and convenience factors, Contentful also points to one possible solution for another pain point in the modern world of connected devices: fragmentation. If one platform can be used to seamlessly and automatically translate data into any number of endpoints, that could make questions of tailoring apps for different specs a moot point — a Rosetta Stone for data, as it were.

Roberto Bonanzinga, the partner at Balderton Capital that led the VC’s investment in Contentful, seems to also bank on that idea. “A revolution in content is happening right now; how it is managed and consumed is changing forever,” he notes in a statement. “Contentful embraces this transformation and I am excited to be working with Sascha and his exceptional team to become the engine behind the future of content.”