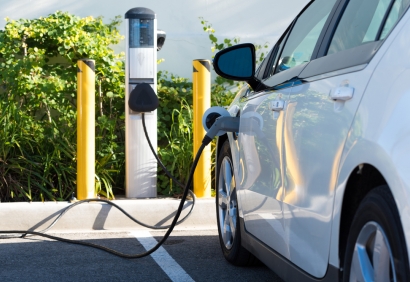 After years of fighting over the details of Pacific Gas & Electric’s plan to bring up to 7,500 electric vehicle chargers to Northern California, EV charging providers and consumer and environmental groups are praising a new compromise plan that has just received approval from state regulators.

On Thursday, the five-member California Public Utilities Commission unanimously approved a decision (PDF) directing PG&E to move ahead with what will be the country’s largest utility-led EV charging deployment.

The “Charge Smart and Save” plan includes 7,500 EV charging points in workplaces, multi-unit residential buildings and disadvantaged communities, and is capped at a cost of $130 million.

The new decision, crafted by a CPUC administrative law judge, also makes a lot of changes to how much of this new infrastructure PG&E can own, and how much control it can exert over the technology and business model choices available to the “site hosts” — the owners of the workplaces or multi-family dwellings where the chargers will be installed.

These are the key points that worried the opponents of PG&E’s original plan, including the Electric Vehicle Charging Association (EVCA) representing EV charging companies ChargePoint and Volta, some consumer and environmental advocates, and TechNet, a group with members including Google and eBay.

Earlier this year, these groups asked the CPUC to consider an alternative plan, with a few key differences to what PG&E had been asking for. And according to their response to Thursday’s approved plan, they’ve mostly gotten what they asked for.

“We believe that the commission accurately reflected our concerns on competition and customer choice,” Anne Smart, ChargePoint’s vice president of public policy, said in a Thursday interview. “This really does create a national model that other utilities and states should look at,” she added.

One of the most important changes to the plan involves the ownership structure between PG&E and the site hosts, the EVCA pointed out in a Thursday statement. In most cases, “PG&E’s role will be to provide rebates for customers to own and operate an EV charging station of their choice,” the group wrote, with the utility’s ownership stake limited to the “make-ready” infrastructure such as wires, conduits and metering needed to prepare the parking space for serving an EV charger.

In the case of multi-family dwellings and disadvantaged community installations, PG&E will be able to own and operate up to 35 percent of the chargers themselves. Still, those site hosts will still be able to choose their own charging station provider, and will have an option to own the equipment themselves.

These ownership restrictions are similar to those set up in SCE’s rollout, but are more restrictive than PG&E’s original request to retain ownership of a larger portion of the EV chargers. The compromise on ownership is meant to create “a hybrid ownership model whereby the site host has flexibility to choose to own the electric vehicle charging equipment or have PG&E install, own, and operate all the equipment,” CPUC Commissioner Carla Peterman said in a Thursday statement.

PG&E wrote in a statement that it looks forward to “partnering with charging service providers to increase access to EVs to drivers and communities that haven’t previously had the option. This critical infrastructure will jump-start the EV market with greater access to safe, reliable, affordable, and clean electricity.”

The newly approved plan also makes an important, if technical, change in ownership structure, according to EVCA. That’s to change the definition of the “customer of record” — the entity that’s considered to be the utility’s end customer for the electricity being used to charge EVs — from the charging system operator to the actual owners of the site where they’re installed.

That’s important, because a 2011 state law, AB 631, precludes utilities from imposing pricing of EV-charging services on any EV-charging site host. But it doesn’t specifically include EV network services as a group that’s free of utility pricing requirements.

That technical twist, EVCA said, could have allowed PG&E to force charging service providers like ChargePoint and Volta to use a restricted set of pricing programs set by the utility, rather than the more flexible pricing schemes each company could choose to set up.

Making the site owner the customer of record, by contrast, “will allow the program to support different business models and ensure that building owners can integrate EV charging with other energy management systems,” EVCA wrote in its Thursday statement.

PG&E, for its part, had wanted to set up a time-of-use (TOU) rate that would charge more for electricity bought during times of peak demand on the electricity grid. That’s an important tool for encouraging EV drivers to charge up during off-peak hours, and avoid making EVs an additional burden on the state’s electricity network.

To keep this underlying principle intact, the CPUC’s decision will allow each site host a set of TOU pricing options, including passing them through to drivers directly, or choosing a “rate-to-host” option where charging providers “will be able to propose alternative pricing and load management tactics” while also serving their site’s needs.

“By increasing access to reliable and affordable charging stations, the program promises to deliver Californians cleaner air and cheaper fuel,” wrote Max Baumhefner ,attorney at the Natural Resources Defense Council, which helped to broker agreement on the PG&E program. “By matching EV charging to hours of the day when wind and solar generation are plentiful, the program will also lower the costs of meeting California’s goal of procuring at least half of its electricity from renewable resources by 2030.”

California currently leads the country in electric vehicle ownership, and Gov. Jerry Brown has set a goal to have 1.5 million EVs on the road by 2025.