Apple to build a 20-megawatt solar farm for its Reno, Nevada data center
FitBit Flex Is All You Want in a Fitness Tracker 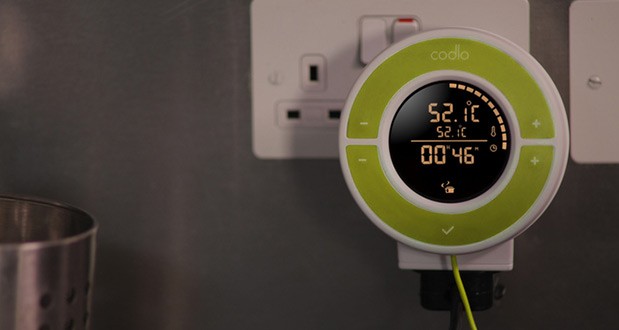 Even avid cooks might have a tough time swallowing the price of a quality sous-vide cooker, but a new Kickstarter hopeful dubbed Codlo could drastically lower the bar to entry by turning one of your existing kitchen appliances into one. While the technique boils down to sealing food in a plastic bag and dropping it in water, it’s essential to keep cooking temperatures exact. Codlo connects to a rice cooker or a similar appliance with a mechanical switch, maintaining the temperature you set and shutting things off once the timer’s done. The idea’s similar to another gadget called Nomiku — both devices’ creators aim to make the technique more budget-friendly and usable at home, as professional sous-vide appliances are usually expensive. You can’t get Codlo from retail stores just yet, but you can pre-order one via Kickstarter, where its developers are currently raising funds to put it into production. Who knows — it might make a Giada De Laurentiis out of a mediocre cook, or at least spare you the pain of having to eat another overcooked steak.