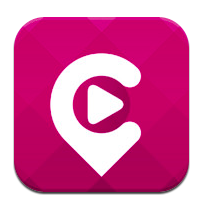 Location-based photo and video sharing has been tried before, most notably by Color, but it doesn’t mean that the topic is at rest.

Clinch, an app that threads together video clips, photos, etc. based on location, today launches on Google Play for Android smartphones.

The app takes video and photos from the user’s phone and auto-edits them into something beautiful and special. If the user chooses, the app will scour the area for friends, various social media activity, etc. to include other people’s content. You can pick up clips from friends, Twitter or Instagram.

The app will even throw in a map to add some context to your Clinch.

According to the official release, Clinch uses algorithms and cloud computing to aggregate various photos and clips, which the user can then select to include in the finished product.

Toward the end of the process, users can choose from customizable backgrounds, themes and music.

We’ve seen a number of apps focus in on video lately. Obviously, Vine and Instagram video come to mind, with more of a rough-cut short video experience. Meanwhile, phone manufacturers are getting in on the action too.

HTC offers an app called Zoe that auto-sorts through photos and videos from a certain event or location to make a beautiful, themed story. Samsung’s new Galaxy S4 has a Gif-making option within the camera, allowing users to take 8-second videos and turn them into animated Gifs. Plus, BlackBerry has the Story Teller app which also combines photos and videos into a nice package.

Clinch simply offers more control to the same idea, along with availability on both iPhone and Android.

The app costs $.99 and is available now on both the App Store and Google Play.