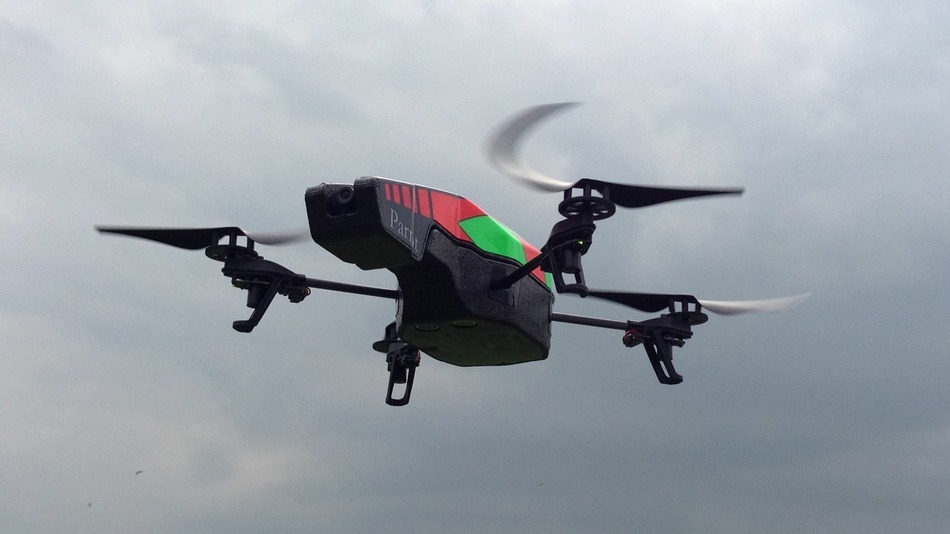 Animal rights activists are promoting a new way to make sure game hunters don’t break the rules — but the tool itself may not be legal.

People for the Ethical Treatment of Animals (PETA) has introduced a surveillance drone called the “Air Angel,” which the organization is selling to anyone who wants to keep tabs on hunters. PETA debuted the Air Angel on Monday, the first day of bow hunting season in Massachusetts.

If watchers witness any illegal or cruel hunting practices, they can call the authorities and contact PETA to get the footage shared online, PETA spokeswoman Lindsay Rajt told Mashable. This can also help raise awareness about the cruelty of hunting, she said.

Rajt added that by using the hobby drone, activists could find out which Massachusetts hunters jumped the gun on their Monday morning expedition, which could not start until “one-half hour before sunrise,” according to state regulations. The drone users reported this alleged offense to the local authorities.

“[Authorities] were very receptive, and they said they were going to look into it,” Rajt said. “I think people should call in violations as they see them.”

Dennis Boomer Hayden, president of the Massachusetts Bowhunters Association, said he doesn’t see the point of these drones and called PETA’s efforts “redundant.”

“Hunters already have a police force that watch us, they’re called game wardens,” Hayden told Mashable. “Obviously, they more than protect the wildlife in Massachusetts. They would arrest a hunter if they were doing something wrong.”

Hayden also warned potential drone users that there is a law against harassing hunters in Massachusetts, under which it is illegal to both “drive or disturb wildlife or fish for the purpose of interrupting a lawful taking” and to “block, follow, impede or otherwise harass another who is engaged in the lawful taking of fish or wildlife.”

“Anybody that’s going to go out there and buy one of these things to go watch hunters, it’s a form of harassment, and they’re breaking the law,” Hayden said.

The Massachusetts Office of Energy and Environmental Affairs declined to comment on the matter.

Most other hunters don’t seem too excited about this new option for surveillance, either.

“This is just another of the ridiculous antics developed by PETA and other anti-hunting organizations,” reads a post about the drones on the U.S. Sportsmen’s Alliance’s website.

Kali Parmley, a communications specialist at the U.S. Sportsmen’s Alliance who wrote the blog post, did not reply to our inquiry.

Drones, or unmanned aerial vehicles, have sparked a great deal of controversy lately. The Obama administration has used them as its signature weapon in the war against terrorism. Other groups have found more peaceful uses for drones, such as monitoring warlords in Africa, delivering textbooks to Australian students, rescuing victims of heart attacks and even delivering pizza.

PETA is selling the Air Angel for $325 on its website. Rajt insists the organization isn’t earning a profit from the sales.

The aircraft is actually a Parrot AR Drone 2.0 with custom decals that read, “Air Angels: Protecting Wildlife With Drones.” The description of the device on PETA’s website describes its possible uses:

Using your hobby drone, you can collect instant to-your-phone video footage of hunters engaging in illegal activity, such as drinking while in possession of a firearm, injuring animals and failing to pursue them, and illegally using spotlights, feed lures, and other nasty but common hunting tricks. Your amateur footage can be used to alert game wardens and other authorities to who is doing what to animals.

“As a hunter with a high-powered rifle, I can see this getting very very expensive … for PETA, that is,” wrote a commenter with the username “Buck” on the U.S. Sportsmen’s Alliance blog post. This sentiment was a common thread. Commenter “marcdepiolenc” had another idea: “I’m pretty sure they’ll catch hunters committing at least one offense — mooning the drone.”

Watch the video below to see PETA’s new drones in action.