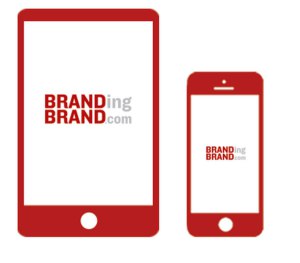 You may not be familiar with the m-commerce vendor known as Branding Brand, but you’ve likely encountered its work. The company, which is today announcing a $9.5 million Series B, powers the mobile e-commerce sites and apps for more than 200 of the top retailers worldwide, including American Eagle Outfitters, Costco, Ralph Lauren, Sephora, Calvin Klein, Crate & Barrel, Nasty Gal, Kate Spade, Bath & BodyWorks, Brookstone, The Children’s Place, Steve Madden, Timberland, Tommy Hilfiger, Dick’s Sporting Goods, and dozens of others.

The Pittsburgh-based company was founded in 2008 by three friends from Carnegie Mellon University, Joey Rahimi, Christopher Mason, and Christina Koshzow. In 2009, they launched their first product with the debut of a mobile platform that allowed brands to reach consumers on mobile devices and in-store. Since then, Branding Brand has seen 100 percent year-over-year growth, has been named to the Inc. 500 for its three-year growth of 1,302 percent, and is now the top mobile platform provider to the Internet Retailer top 500, with four times as many clients as the No. 2 vendor. Today, the company sees nearly $1 billion in transactions running through its platform, up from $60 million in 2011.

To bring retailers into the mobile age, Branding Brand uses proprietary technology to transform a business’s existing desktop site into a mobile-optimized experience designed for smartphones, tablets or other in-store platforms, like kiosks. Some transcoding takes place within 80 percent of the sites Branding Brand creates, though it uses retailer APIs, when available.

But, says CEO Chris Mason, the process isn’t just about turning a desktop site into a mobile one. “We’re often also including things that have nothing to do with their existing desktop site,” he says. For instance, one app they created lets users invite Facebook friends to a registry list. Mobile apps may have different shopping flows to consider, or they take advantage of technology that desktop sites don’t use, like smartphone sensors, NFC or low energy Bluetooth, he says.

The company touts that its mobile websites are faster than others, and they have patented the process that translates the site’s data into Branding Brand’s own APIs, which in turn lets them output the site into native experiences that can be managed in one dashboard.

“If you’re a large retailer and you want to run a promotion, you want it to be seamlessly on your desktop, in your apps, and on your [mobile] site,” explains Mason. “Believe it or not, there’s no provider out there that makes that simple. So we make that simple for the retailer.”

Branding Brand has benefitted greatly from the rapid rise of mobile, which has so quickly been adopted by consumers that retailers are still failing to keep pace. By mid-2011, only 48 of online retailers had launched a mobile-optimized website, Forrester had found. There was a decided lack of iPad shopping apps out there, and even well over a year after the iPad’s release, the majority of retailers had yet to deliver an iPad-optimized website. And Mason notes that even today, 40 percent of the top 500 retailers don’t have a mobile website.

Things are changing, though. Over half of retailers now say that mobile and online shopping are one of the biggest trends affecting their businesses, and according to a study this month released by SAP, 68 percent are looking to mobile, online and social interactions to drive sales, 58 percent are building mobile-ready sites, and 49 percent are developing apps. This leaves room for Branding Brand to grow.

Branding Brand helps on the conversion side of things, too, using in-house analytics that monitor deployments across its platform. It’s able to determine what works to increase conversions that come with having such a wide footprint across online retail.

The company is now working with 10 of the leading mobile shopping aggregators on the market, as consumers turn to new ways to shop on mobile. It also licenses its APIs for retailers that want to build apps themselves in-house. 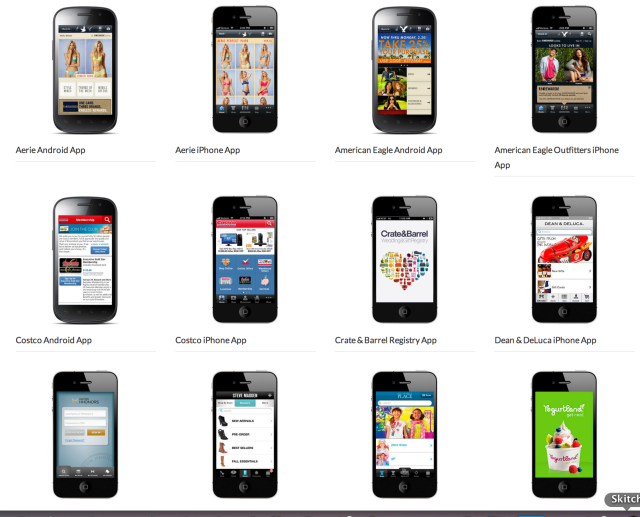 Since the time of its $7.5 million Series A last fall, Branding Brand has again seen 100 percent year-over-year growth, co-founder Koshzow also tells us, as well as a more than 100 percent increase in valuation. Now she says that Branding Brand is working to expand beyond online retail, having recently entered into the transportation and hospitality spaces with new clients like Hilton Honors and San Francisco BART. Mason adds that developments with San Diego, Chicago, and D.C. area transit operations are in the works.

The additional funding will help with these expansions, as well as allow Branding Brand to better work with existing clients on mobile and in-store products, too. With eBay on board in the new round, the two companies are partnering for knowledge-sharing purposes and to further cement their already close ties.

“This round represents a way to tap into their resources, and their knowledge of innovation in this space better. And on their side, they have all these major retailers…for the last few years, they’ve been focusing on servicing enterprise [via eBay Enterprise] and working with major retailers. And all we know is major retailers,” says Mason.

So does the eBay deal hint at a possible acquisition further down the road? Mason says not yet. Today, it’s about proving Branding Brand can grow to the next level, and that will remain the focus for the next year or two.