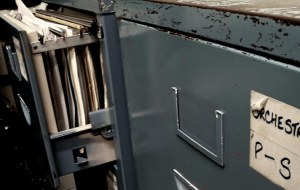 Box, an enterprise-facing cloud document and file storage service, today opened a new front in the online storage war by doubling its free plan to 10GB of space, and added a new, low-cost paid plan to its mix to help attract smaller companies.

Compare this to Microsoft, which, through SkyDrive, will give you 7GB; Google will give you 15GB of storage across Gmail and its storage product Drive; and Dropbox, the runt of the litter, offers 2GB.

Unlike most of its competing services, however, Box isn’t incredibly focused on growing its free user base. It sells paid versions of its product to companies, large and small, driving revenue growth. Widely tipped to be heading toward an IPO, Box likes to trumpet the pace of its economic expansion, citing 150 percent revenue growth in 2012, and expectations of at least 100 percent growth in 2013. Box claims 180,000 business customers.

As Box matures, the company is slowly building out its pricing scheme. With the addition of the new Starter tier, the company will have five main pricing levels. Starter will cost $5 per seat per month, and contain 100GB of storage and a 2GB file size limit.

Its goal is simple: Get smaller companies on Box. Its sales staff appears to be quite successful at attracting large customers. However, Box’s free accounts, now expanded, I suspect are not a great conduit for organic enterprise conversion. But the new Starter plan likely falls into the price range of smaller companies, perhaps that start on the free plan and max out their capacity. Small businesses in time become larger companies.

Regardless of your cloud choice, it’s fact that declining storage costs are being passed along to both consumers and customers.