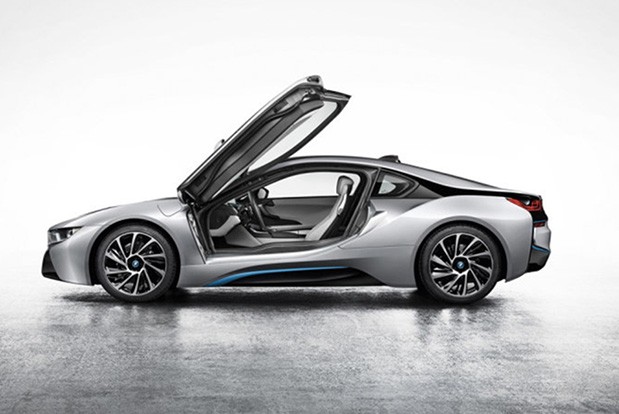 BMW’s first plug-in hybrid, the i8, just made its official debut at the Frankfurt Motor Show. In addition to sharing full specs — including a 1.5-liter, turbocharged, three-cylinder engine; 362 horsepower with all-wheel drive and a fuel economy figure of 94 miles per gallon — the German carmaker shared the model’s substantial MSRP; the i8 will go for $135,925 and up when it arrives stateside in spring 2014. As we suspected, the wing-doored coupe is made from lightweight materials including carbon fiber-reinforced plastic, and it even utilizes chemically hardened glass to reduce the vehicle’s noise and weight. Charging with a 110-volt outlet should take just less than four hours, and BMW says its charging station trims fuel-up time to just 1.5 hours. There are plenty more figures to dazzle you just past the break — it’s not quite the same as stepping behind the wheel, but today’s other announcements prevent us from making the jaunt to Frankfurt.