Bidgely, a startup that enables consumers to monitor and manage their household energy use, announced that it has raised $5 million in new funding from Khosla Ventures. The Sunnyvale, California-based company previously raised a $3 million seed funding round in November 2011 from the venture capital firm, which is known for investing in environmentally-friendly technologies.

Founded in 2011 by Abhay Gupta and Vived Garud, Bidgely (which means “electricity” in Hindi) helps consumers save money by analyzing household energy data consumption patterns with a machine-learning algorithm that recognizes individual appliances, such as pool pumps or air conditioners. Bidgely then presents real-time data in a Web and mobile interface that is designed to be intuitive. Consumers can see at a glance how much energy each appliance uses–and exactly how much it’s costing them. 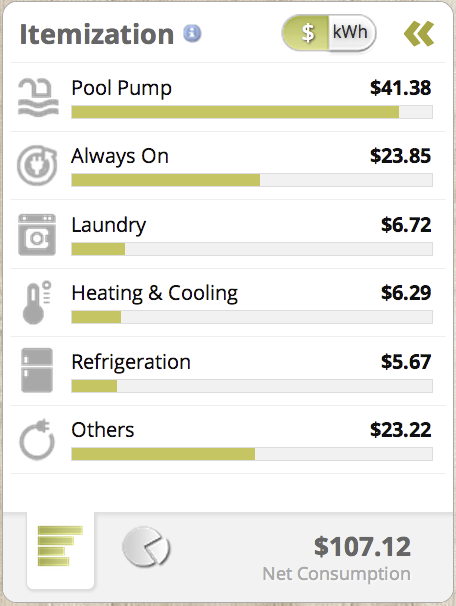 “Most people don’t even know they can get an itemized energy bill, so one thing we need to do is educate people,” Gupta says. “The second and hardest challenge is making energy more fun and interesting. We are very aware that energy is not the most glamorous thing to deal with. It’s not like we’re having fun looking at energy bills.”

Bidgely seeks to make energy auditing more engaging by adding a competitive element. For example, consumers can see how their energy use stacks up against average efficient levels. Bidgely’s recommendation engine then makes personalized suggestions on how each household can trim their energy bills. It not only says which appliances are energy inefficient, but pinpoints the reason why. For example, an air conditioner might be set too low to cool a room efficiently, a refrigerator might be opened too often or a building might be poorly insulated. Bidgely can also estimate the potential cost-savings of buying new energy-efficient appliances

For consumers who want a more detailed look at their energy usage, data is also available that breaks down hourly, monthly and annual consumption, spending, real-time demand and average electricity price. “But the idea is that you don’t need to get into those details to understand your utility bill and what you can do to lower it,” says Gupta.

Bidgely is available in the U.S. and Canada and is in the process of expanding into New Zealand, Australia, France and Asia. Gupta says Bidgely is currently targeting growth in California, where electricity usage data from about 10 million households is now accessible to third party developers thanks to the Green Button initiative.

Gupta says that Bidgely will use its new funding from Khosla Ventures to hire seven new positions for its business and engineering teams and commercialize its technology through different channels, including energy carriers.