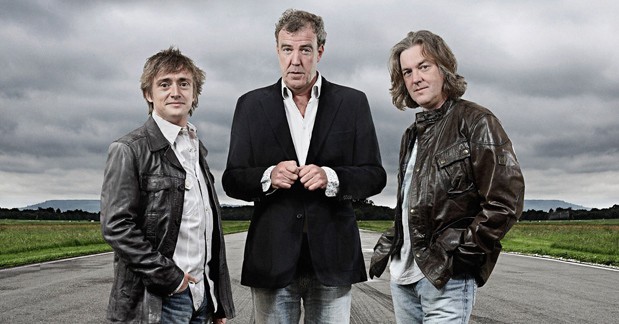 Remember that whole Twitter-sanctioned “in-Tweet branded video” BBC America hinted at back in April? Well, we’ve got some more info — and it’s coming a few hours ahead of the partnership’s debut. Tonight’s BBC America premier of Top Gear will feature supplementary Twitter video synced to the show, including the “Stig Cam,” which offers “a new perspective” from the masked and anonymous driver. Also on the docket is an “Action Replay,” featuring a highlight from the evening’s festivities and a “sneak peak” involving a hovercraft, as well as a dirt bike jumping off a building. All in a day’s work. You can get in on the action tonight at 8:30 / 7:30 central.

BBC AMERICA today will launch the first ever in-Tweet videos of the hit series Top Gear, timed to the season premiere tonight at 8:30/7:30c. BBC AMERICA is the first network to offer in-Tweet branded videos synced to an entertainment TV series. The in-Tweet videos will take fans closer to the action than ever before and offer new perspectives on the world’s biggest car show.

Tonight @BBCAMERICA will post in-Tweet videos synced to the season premiere broadcast. For the first episode, the videos will include the “Stig Cam,” a new perspective from the show’s iconic mysterious test driver. In addition, an “Action Replay” will highlight a top moment of the show and a pre-show sneak peak will feature a hovercraft, New York taxi splitting a stretch limo, a dirt bike jumping off a building and the boys turning a town into a street circuit.