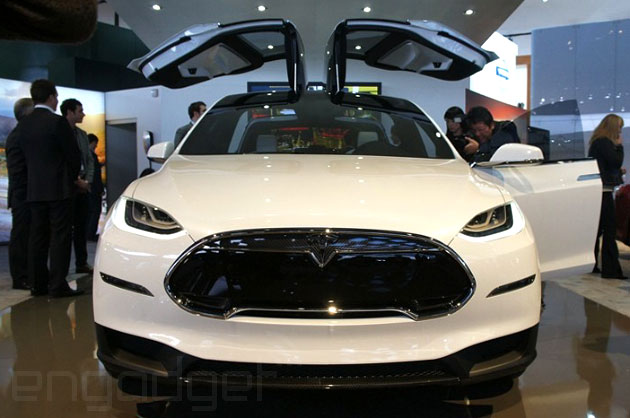 During an interview with Bloomberg prior to Tesla’s earnings call yesterday, CEO Elon Musk discussed a few interesting tidbits. The most significant revelation is that the Model X SUV, which was first detailed in 2012 and originally set to begin production late last year, is now delayed until 2015. Musk cited several reasons for the delay, such as a need to focus on Model S distribution efforts, including expanding sales to China, along with his own personal dissatisfaction with current prototypes. Tesla also needs to boost battery production before it can roll out SUVs at a speedy enough pace to meet demand, which Musk expects will exceed Model S adoption.

Commenting on design, Musk said “it’s damn hard to make an SUV… that is beautiful and yet incredibly functional at the same time. It’s a harder design problem than the Model S.” Meanwhile, when pressed about a recent visit with Apple’s acquisitions chief, Musk did acknowledge that he has had discussions with Apple, but he said that he doesn’t plan to sell his company at this time. For now, he seems focused on completing the Model X design process and moving ahead with the firm’s giga battery factory, which would help Tesla ramp up battery production within the next few years.