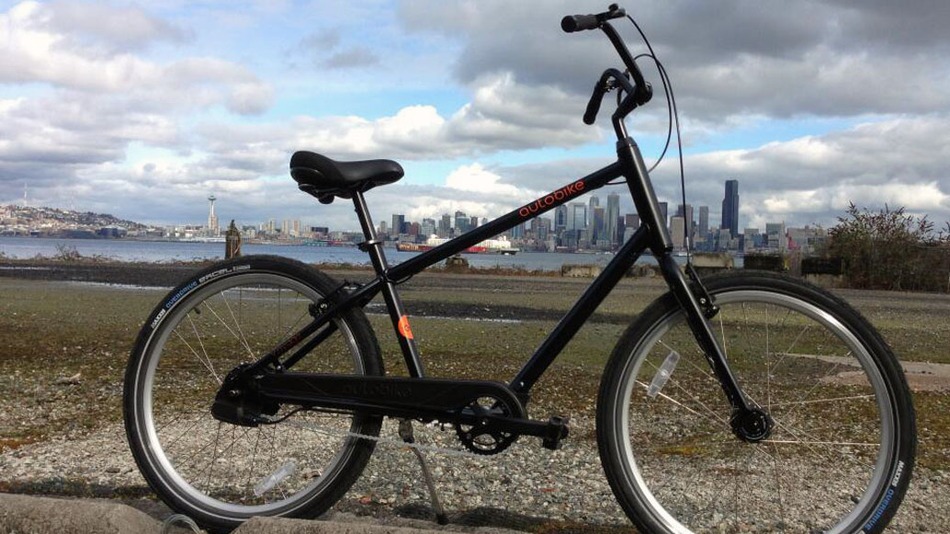 When considering the electric bike of the future, many companies search for a way to decrease travel time — but pumping a bike frame full of boosting batteries isn’t the only way to change the way people bike. In fact, the folks at Detroit-based electric biking company Autobike are building an electric bike to helps riders bike smarter.

“As a person is riding, you can seamlessly move from one gear to another,” says Sean Simpson, co-founder of Autobike. “The experience is optimized to keep rides smooth, simple and comfortable.”

Mashable spoke with Simpson about the technology behind automatic gear shifting in bikes, and how accessibility is the true way of the future.

What do you think about Autobike? Let us know in the comments.

The Autobike is comprised of three important parts: a SRAM front hub dynamo, a NuVinci N360 rear hub transmission, and a computer brain that connects the two. The system is fully contained and requires no batteries — users can simply hop on and ride, and the dynamo will power the computer system so gears automatically shift.

“There’s a cadence that everyone is comfortable with, and most average riders are around 50 or 60 RPMs,” Simpson says. “We wanted to have adaptability so each individual riding experience can be obtained.”

As for the gear change system itself, the Autobike differs from what people expect an automatic transmission to do — click through different settings until a certain power level is reached. Instead, the Autobike is continuously reacting to the rider’s cadence rather than rapidly clicking through jarring multiple settings. It’s this dynamism that contributes to riders seamlessly moving from one gear to the next without sacrificing momentum or comfort.

“Other bikes didn’t offer an automatic riding experience that people had come to expect,” Simpson says. “So we started with, ‘What do people want from this experience?’ And we created from there.”

Simpson says that the motivation behind the Autobike is more about getting people back on the bike, rather than getting them to their destination. In this way, people who aren’t necessarily knowledgable about using efficiently utilizing bike gears or who cannot easily shift due to age or handicap would be able to have an easier ride.

“We ran into people who were struggling with biking and feeling the downside of biking,” Simpson says. “So we set out to create a bike that offers a fun experience that is accessible to anyone who wants to jump on a bike with zero training. They can just hop on and go.”

After all, it’s all about getting people back on the bike.

The Future of Biking

Logistically, Simpson says that Autobike’s future is clear: to get more people on bikes and feel the difference of automatic shifting.

“We know getting people on the bike is a good thing, so we’re constantly trying to do things that help further that cause,” Simpson says. “We’re just trying to get bikes in shops.”

As such, the company is currently partnering with bicycle shops all across the country, allowing riders to rent and purchase Autobikes. Rollout has been steady, but there’s more to come from the company.

As for electric biking at large, Simpson says that it’s only natural for people to turn to bikes as urban communities become more conducive to cycling. There’s a multitude of benefits to getting out and biking, and Simpson explains that the whole reason behind the Autobike is to get more people to experience those benefits without the concern of riding inefficiently.

“Biking is going to become more and more of an option for people in cities,” Simpson says. “We think our bike breaks down certain barriers to help people embrace that and spend those two or three miles biking, rather than on public transportation.

“We are so focused on the experience of riding,” Simpson says. “That experience is more important than anything.”

Of course, the philosophy is clear: Sometimes it’s about the journey and not the destination.