Google’s purchase of Waze takes a possible competitor off the table, even as Apple improves its once-shaky Maps app. 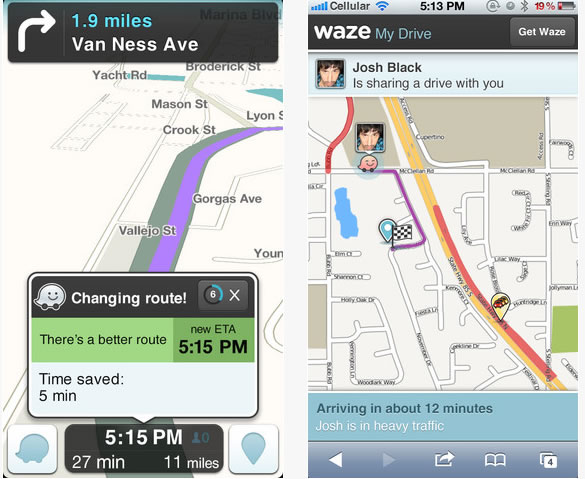 Apple blew it big-time last year with the botched launch of its own Maps. At its Worldwide Developers Conference on Monday, the company tried to show that it knows which direction to take Apple Maps.

We won’t how know well it works until the fall. But Google — the leader in online maps — isn’t waiting around.

Google’s purchase of Waze — a deal that Google confirms Tuesday but won’t elaborate on — will, if nothing else, keep a rival from snapping up the hot Israeli startup.

Google reportedly spent more than a literal ton of cash to buy the crowd-sourced traffic mapping company. The price, reportedly more than $1 billion, is no small sum for a company that does much of what Google Maps already does.

What Google is buying
While Google is the undisputed leader in the field, said electronic maps expert Marc Prioleau, Waze comes with three key assets. The app itself, which handles features like social interaction and route mapping; the map database, which contains all the location information; and, said Prioleau, “a really good team of 100 people.”

All of which Google has, he said — and then some. “It’s got 1,000 good people on geolocation, it’s got an excellent map, and they’ve got their own traffic app,” Prioleau said.

Marcus Thielking, co-founder and chief marketing officer at Skobbler, a German geolocation app maker that uses the OpenStreetMap platform, agreed. “For anybody [else] out there, Waze would have been a good buy,” he said. “But for Google? Google is so much more advanced, in all these things.”

All that said, Waze could add some flair. We could, for instance, see the real-time pothole updates and crowd-sourced map editing that Waze offers come to Google Maps, just as Google bought Nik’s photo filters and overhauled them to become a core part of the new photo editing tools in Google+.

Tough to get Maps right
With its purchase of Waze, which still needs antitrust clearance, Google has just taken one of the few players in the digital cartography world off the map. 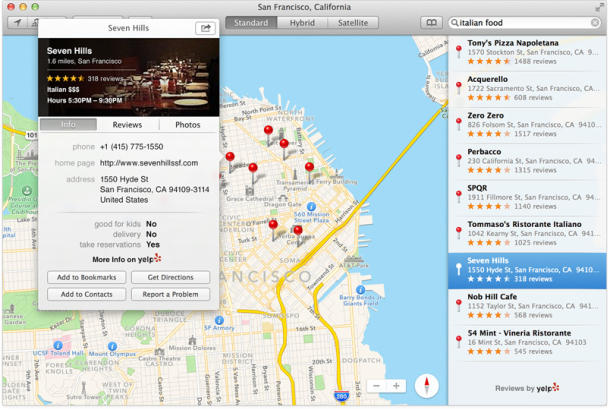 The electronic maps field is small, said Thielking, now limited to just four companies. There’s Google; NavTek, which is owned by Nokia, which has contracts with Microsoft; TomTom, which powers Apple Maps; and OpenStreetMap, an open-source mapping Wikipedia of sorts. OpenStreetMap is popular in some European countries, such as the United Kingdom and Germany, and is used by some tech companies, such as Foursquare.

“Waze would raise their hand and say they’re the fifth. This is a real scarce resource,” said Prioleau.

For its part, Apple CEO Tim Cook recently denied reports that Apple was considering a bid for Waze, a marriage that Thielking said would have made more sense than the one with Google. So now Apple will chart its own map course.

While one survey found that Apple’s Map missteps did not cause much consternation with its users, it definitely angered developers. If nothing else, the whole mishap showed that mapping is hard to do well.

Apple, said Thielking, “knows they can’t put Apple Maps out there as a selling [point]. They just want to show people that they’re doing something,” he said. “It’s tough to establish a service, and it’s tough for them to fix that broken base.” 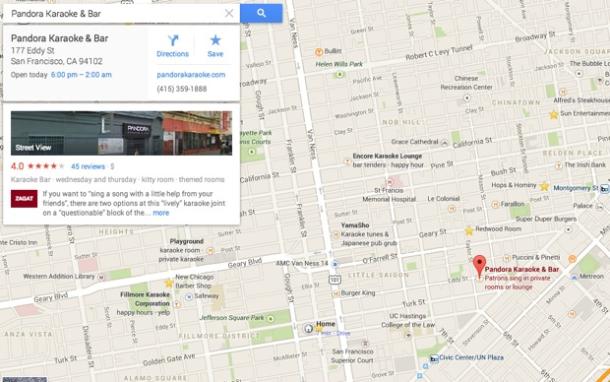 Clicking on a location, such as this karaoke bar, causes similar locations to also be highlighted on the new Google Maps.
(Credit: CNET)

Apple’s announcement that its Maps will be coming to OS X Mavericks and several high-profile car manufacturers in the next two years are signs that the worst of the maps storm has passed. “They spent a huge amount of time fixing problems,” said Prioleau. “The encouraging thing for me is that I’d love for Apple to succeed. I love Google’s product, but I don’t want them to be the only product out there.”

The problem is that Google Maps is so much further ahead, according to Prioleau and Thielking, that catching up is like trying to hang on to the outside of a freight train with a coathanger.

“Google Maps is out there, and it’s better on every count,” said Thielking. “Apple totally messed it up from the get-go, and Google isn’t standing still.”

Google’s already working hard at making personalized maps, by pulling in data from search and social. “If you type “tiramisu” into Maps, you’ll get restaurants that serve tiramisu,” said Prioleau. Google is taking personalization beyond that, Prioleau said, so that when you’re logged in, it knows when you search for “Mexican food” that you prefer locally-owned restaurants as opposed to Chipotle.

With upcoming car and OS X integration, Apple may have finally found a way forward on Maps. But knowing which way to go and actually getting there are two things that can be miles apart.