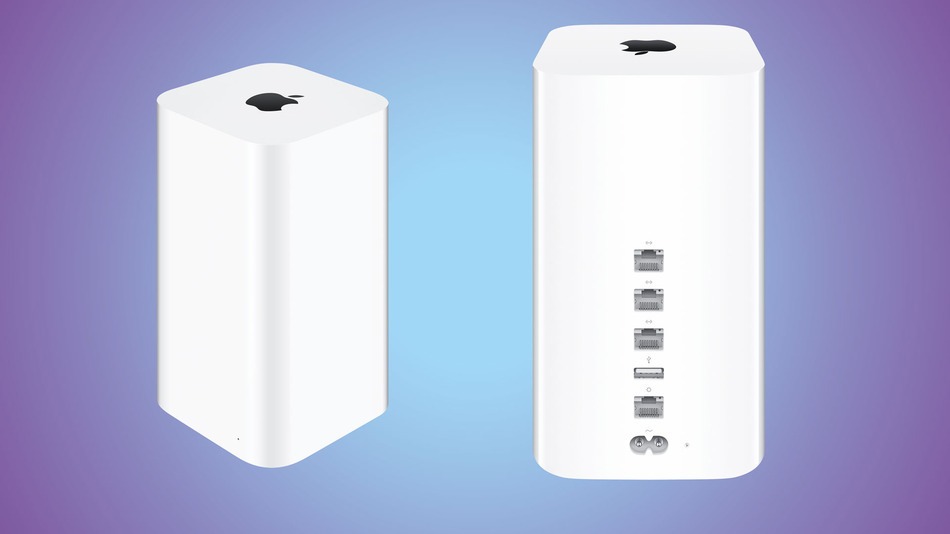 Apple updated its AirPort Extreme base station ($199.99) to include 802.11ac Wi-Fi, which supposedly works three times faster than Wireless N. The elevated design departs from the previous generation and now has six antennas to improve dispersion of the signal.— three antennas for the 2.4GHz band, three for the 5GHz band.

At a glance, the new design also looks a bit like an elongated, skinnier Mac mini.

Just like the previous generation of AirPort Extreme, higher-priced Time Capsule versions integrate backup storage into the device: 2TB for $299.99 and 3TB for $399.99.