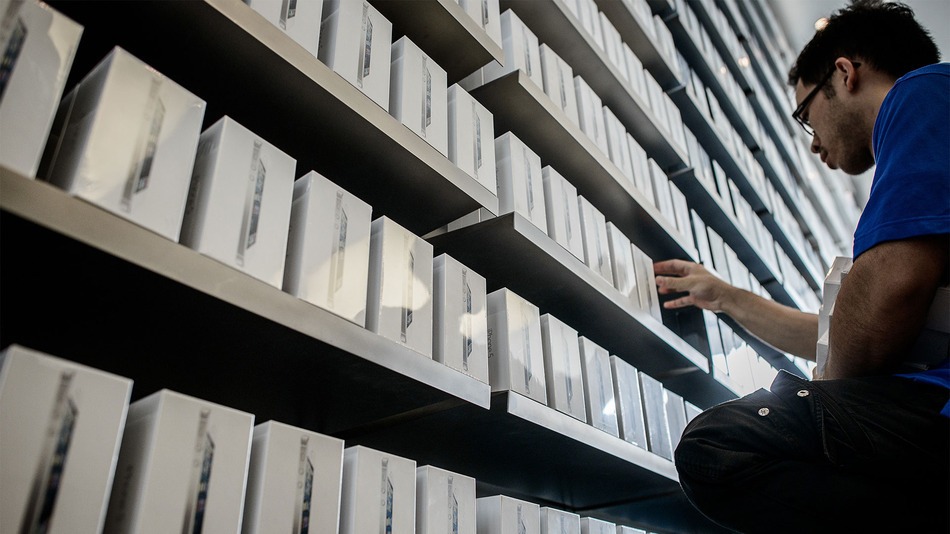 Apple has bolstered its lead as the top U.S. smartphone-maker, gaining 1.4 percentage points in terms of total subscribers between January and April, according to new data.

Rival Samsung managed to secure 22% market share (up 0.6 percentage points), followed by HTC with 8.9%, Motorola with 8.3% and LG with 6.7%. In total, 138.5 million people in the U.S. owned smartphones between January and April of this year.

The success of the iPhone 5 has been a boon to Apple. On the other side of the spectrum, HTC’s losses are unsurprising given its recent struggles. 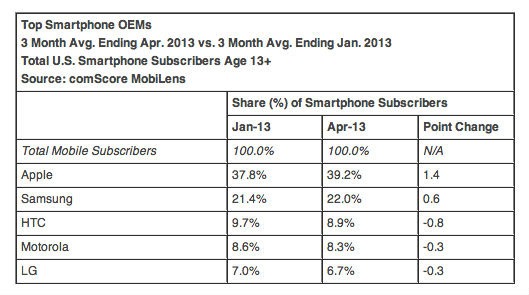 As for smartphone-platform market share, Google’s Android operating system remains dominant, grabbing 52% during the three-month average period ending April 2013; however, it slipped 0.3 percentage points between January and April. For its part, Apple grew 1.4 percentage points, clocking in at 39.2% market share. Blackberry, Microsoft and Symbian trailed behind with 5.1%, 3% and 0.5%, respectively. 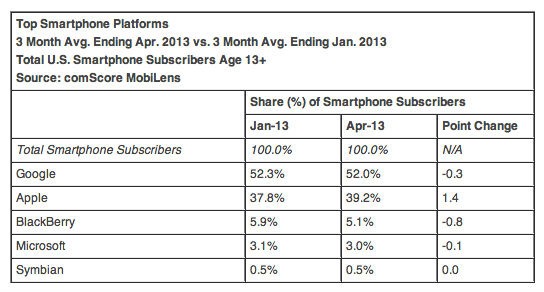 What do you think of the report’s results? Any surprises? Tell us in the comments, below.