Those awaiting the arrival of the iPhone 5S will finally get all the official details next week.

Apple sent out press invitations — featuring the tagline “this should brighten everyone’s day — on Tuesday to its next-generation iPhone launch event scheduled for Sept. 10 at 10 a.m. PT in Cupertino, Calif at its campus. It asks journalists to join them for coffee and breakfast.

If the rumors hold true, we’ll see two new iPhones launch at the event — the iPhone 5S and the iPhone 5C, a budget version of the smartphone. If both debut on the same day, it will be the first time Apple has unveiled two separate iPhone devices at once. 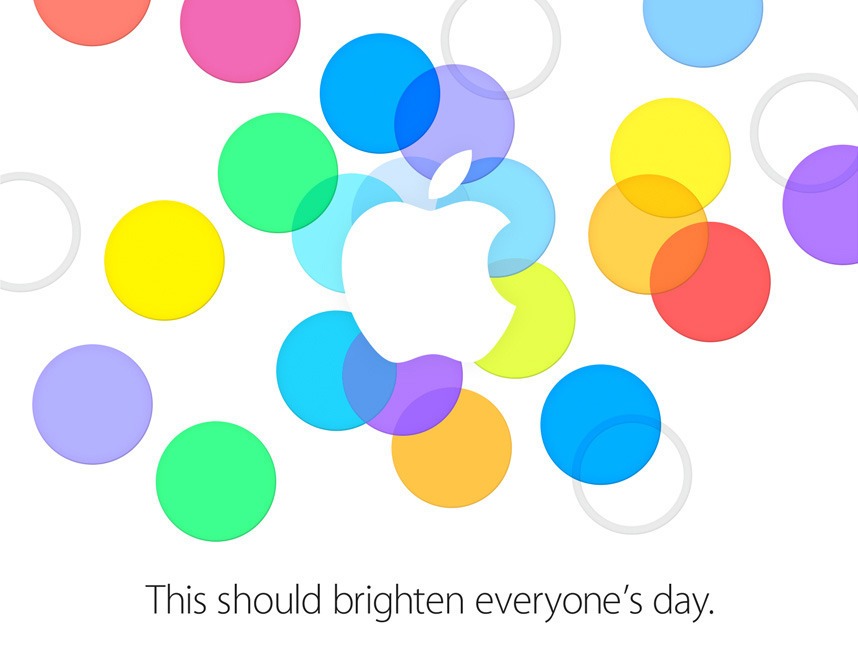 Rumors indicate the iPhone 5S could come in gold and even tout a fingerprint scanner. The iPhone 5C is expected to be colorful, too — recently leaked images and videos show the casing comes in blue, green, yellow, pink and white.

The dots and the font used for the invitation are in line with the style and theme of iOS 7. Apple’s iOS 7 software, which has been in beta for months, will likely debut on the new devices. The company calls the overhaul “the biggest change to iOS since the original iPhone.”

The invitations come just a few days after the company announced its iPhone trade-in program, allowing customers to return existing smartphones for credit toward another model.

The next-generation iPad and iPad mini are expected to launch at another event, possibly in October, so don’t expect to see them next week.