Spell Check on Paper With Lernstift’s Digital Pen
Logitech’s new Z600 Bluetooth speakers cost $150, let you connect up to three devices at once

Apple is branching out into a new area: your car. The company was granted a patent last week for a new car dashboard that would make most of the manual controls in your vehicle digital, letting you control everything from the temperature in your car to the radio station using a touchscreen.

The patent is a continuation of a previous patent filed in 2011, and describes a system that can replace most of your car’s existing instrumentation.

Apple talked about bringing iOS to vehicles during its annual developer conference earlier this year. While the company didn’t go into much detail during the conference on what to expect from iOS from a vehicle standpoint, iOS 7 beta currently includes several clues such as an Airplay feature that will allow content from your phone to be beamed to a display in your car.

“iOS in the Car” is expected to be released in 2014. Cars that support the service will allow your iPhone 5 to connect to your car’s in-dash system make phone calls, send and receive messages access your music, and get directions. Siri support will also let you do all of those things hands and eyes free.

What do you think of the patent? Is it something you’d like to see in your car? Let us know your thoughts in the comments. 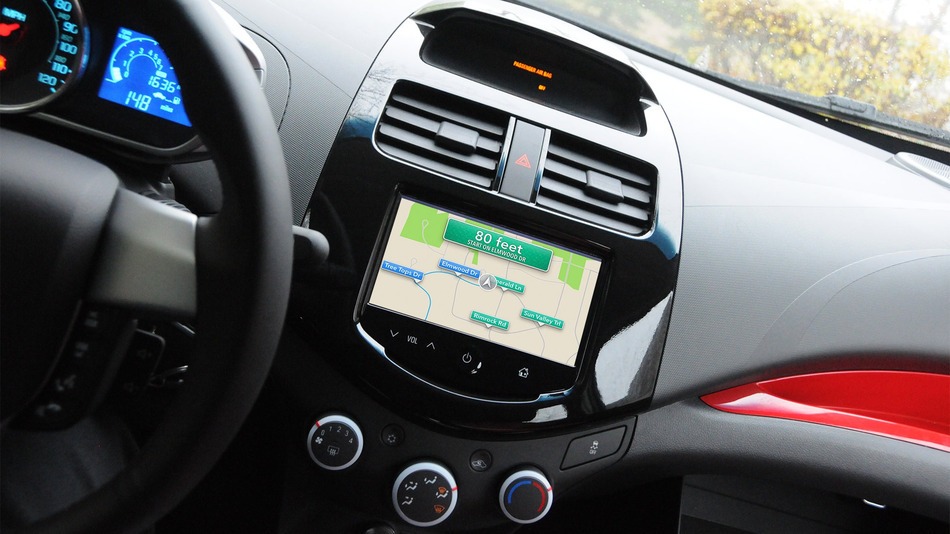