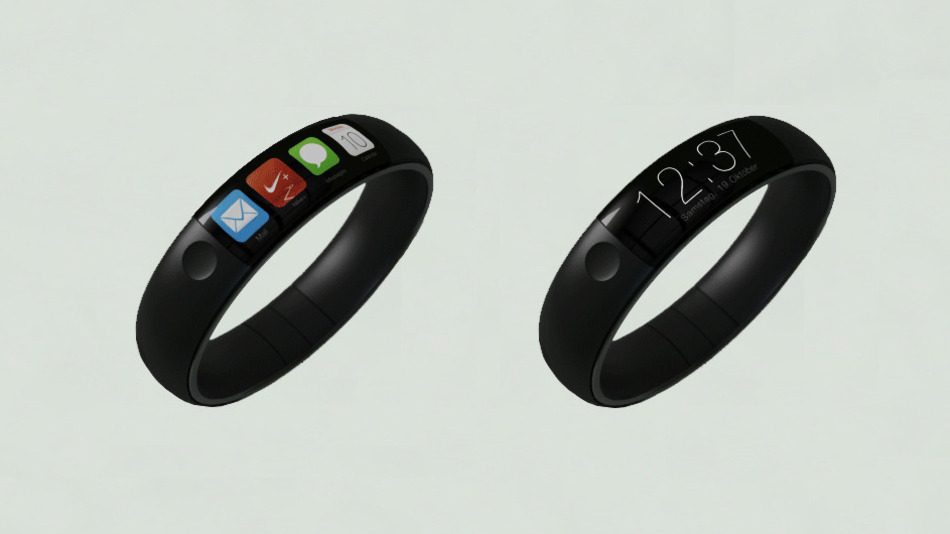 Speculation and excitement surrounding a possible Apple smartwatch hasn’t diminished, despite the fact that the Cupertino, Calif. company hasn’t even hinted that it’s developing one.

However, a new concept design offers a glimpse at how the iWatch might look if Apple ever decides to create it.

The animated GIF, above, shows a Nike+ Fuelband-style device with a display that cycles through the time and date, an iTunes-style music player, and a menu featuring the icons for Apple’s iMessage and Calendar apps. The mockup also includes a Nike+ Fuelband app.

Created by Thomas Bogner, a student at Germany’s Technische Hochschule Deggendorf, the concept device was inspired by his desire to have a Nike+ Fuelband with more features.

“This concept was clearly inspired due [to] the experience with the Nike+ Fuelbands — I just fell in love with its flawless form factor,” Bogner told Mashable.

“What I was missing in all those iWatch mockups to date, they never felt ‘Apple-like’ and ‘unisex.’ If my girlfriend wouldn’t wear, but I would — it’s basically not Apple. For me, personally, the iPod click wheel was one of the most stunning implementations of UI in a consumer device; that’s probably the reason why [I] wanted the Interface to ‘rotate’ around a wrist.”

Many are expecting Apple to unveil new iPads at its major event on Tuesday. On the other hand, industry watchers would likely be surprised by the debut of an iWatch at the event.

But considering the company’s close relationship with Nike (Apple CEO Tim Cook is on Nike’s board of directors and wears a Fuelband regularly), Bogner’s concept design is not so far-fetched.