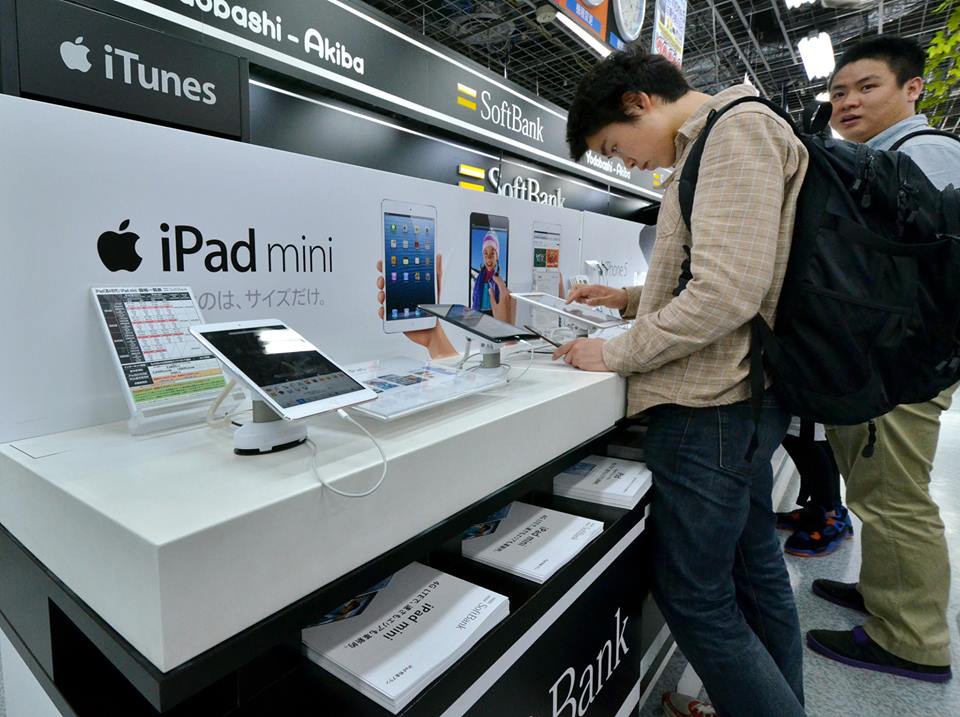 The Wall Street Journal reports that Apple is testing “larger screens” with a view to launching a larger iPhone and a new 13-inch version of the iPad.

The newspaper cites sources from suppliers in Asia who say that Apple has asked for prototypes of screens that are larger than 4-inches for the iPhone, and it is said to be exploring screens for a larger iPad which would be 13-inches wide diagonally. The latter spec could see a third version of the iPad launched, going beyond the original 9.7-inch display and smaller iPad Mini which has a 7.9-inch screen.

The Journal points out, as ever, that the company is known for tinkering and experimenting with the design of its devices so the testing doesn’t mean that larger screened phones and tablets are necessarily coming to a retailer near you. However, it is telling of the way that bigger devices from Samsung and others have performed that the Cupertino-based company is even considering increasing display sizes at all.

The scoop from the Journal follows a report from Reuters last month which claimed Apple is considering plastic iPhones with 4.7-inch and 5.7-inch screens. The devices could be available in multiple colors and may retail for as little as $99, according to sources tapped by Reuters.

Apple, of course, upped the size of the iPhone screen when it launched the iPhone 5 last year, so the company has shown a capacity to make changes incrementally — but it remains to be seen what lengths it will go to with its next devices, which are tipped to be unveiled later this year.

The rise in rumors that Apple is considering strategies that are not synonymous with its traditional route could be interpreted as a sign that it is evaluating competing with Samsung more directly on handset spec. The Korean company is the world’s larger shipper of smartphones, and it is estimated to post revenue of $8.3 billion for Q3 2013.

That represents a 47 percent year-on-year increase but it is short of predictions from analysts who are keen to see further growth from Samsung.