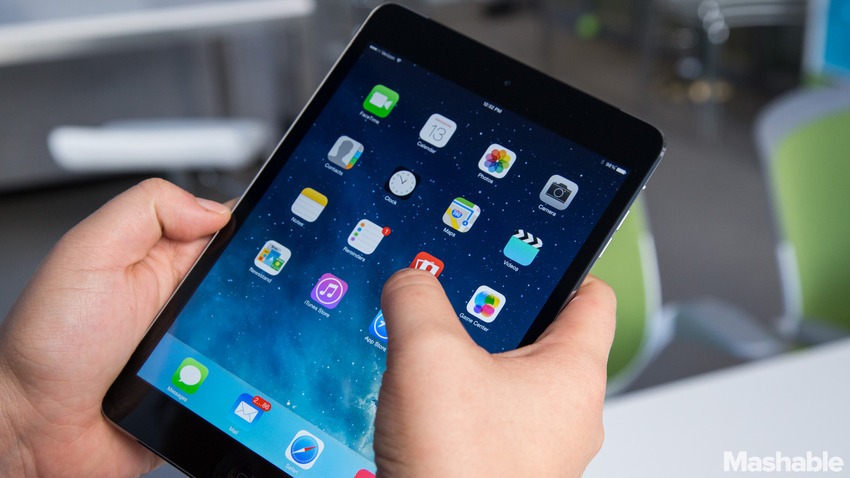 Virtually every good (and bad) thing you can say about Apple’s iPad Air is applicable to the new iPad mini with Retina display. The 7.8-inch tablet’s second edition is virtually identical inside and out to the 9.7-inch iPad Air, with the obvious exception of size and weight.

Both tablets have a powerful, dual-core A7 chip, an M7 motion coprocessor, a 1.2-megapixel, 720p FaceTime camera, a 5-megapixel, 1080p iSight camera, MIMO Wi-Fi technology, a single radio for all bands of LTE (if you buy the 4G model) and Retina display.

The iPad mini Retina also has the same resolution as the iPad Air, but naturally, in a smaller frame. What happens when you squeeze a 2,048 x 1,536-pixel resolution into a 7.9-inch display? You get a whopping 326 pixels per inch. In comparison, the iPad Air only offers 264 ppi. The mini’s resolution actually beats Amazon’s Kindle Fire HDX 7-inch, which boasts 323 ppi in its 1,920 x 1,200-pixel resolution screen.

Of course, if you’re counting a few pixels, you may be missing the big picture, which is that all of these new tablets have high-resolution and very attractive screens.

Instead of rehashing most of what I said in our iPad Air review, I want to focus on the differences between the mini Retina and the Air, as well as among the mini’s closest competitors, the Kindle Fire HDX 7-inch and Google’s Nexus 7.

If you’re convinced that you want an iPad, then the choice between an Air and a mini comes down to size and weight. The Air weighs a solid pound (1.05 pounds if you buy the 4G model) and the mini is a svelte 0.73 pounds (0.75 pounds with cell service). Physically, the mini shaves off almost two inches vertically and more than an inch horizontally; as a result, even those with relatively small hands can grip it with their fingertips.

With the mini’s smaller aluminum chassis, you give up screen real estate — more than an inch of it (7.9 inches versus the Air’s 9.7 inches). But because of the higher ppi on the mini, you really don’t notice the difference. When held side by side, however, app icons and other elements are noticeably smaller on the mini. Text is smaller, too, but because of its higher ppi, everything is still readable and razor sharp.

I must admit that I’ve always preferred a larger tablet screen, but after spending time with the first iPad mini, I began to see the benefits of a nearly pocket-sized device. During times when I had to juggle a backpack, coat, coffee and more, the lightweight, single-hand-friendly mini was a blessing — especially since it still has a much larger screen than that of the iPhone.

In fairness to the mini Retina, it really doesn’t look or feel like any other tablet in its class. It’s the largest small tablet, outweighing the 0.66 pound HDX 7 and the 0.64 pound Nexus 7. And while the mini has an all-metal, unibody case, the HDX is made out of soft-touch plastic. 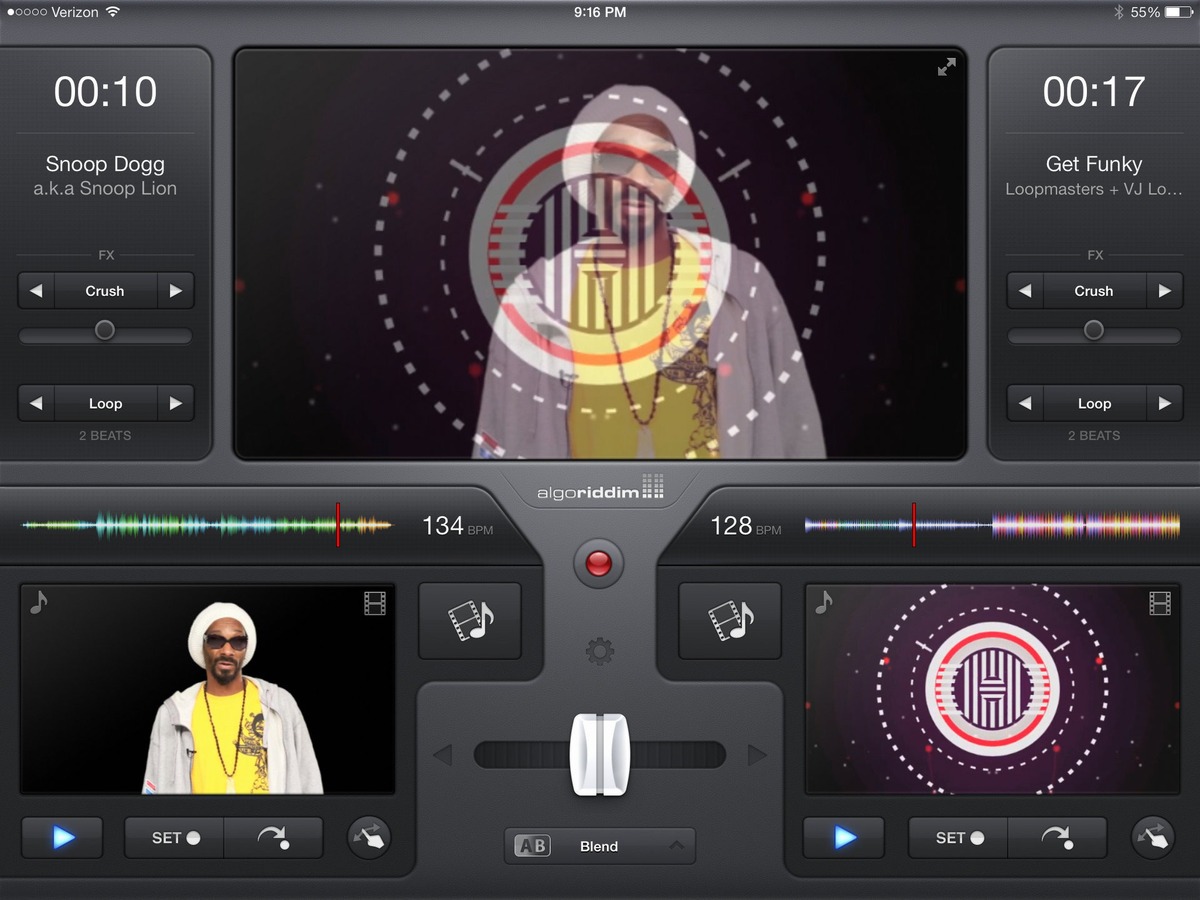 All three tablets offer ample power, although for now, the Nexus 7 is still running a previous generation Snapdragon processor at roughly 1.5 GHz, while the Kindle Fire HDX 7-inch offers Qualcomm’s powerful Snapdragon 800, a quadcore CPU running at 2.2 GHz. In comparison, the mini Retina offers the new 64-bit A7 chip; it’s a dual-core CPU, which we think is running at just under 2 GHz. In real-world use, however, the mini doesn’t suffer a bit from the theoretical GHz differences. If you want a good illustration of the A7’s raw power, check out Algoriddim’s Vjay app (see above photo), which lets you overlay multiple videos and audio in real-time to create a fully manipulable music experience.

Once again, Apple pairs the A7 with its M7 motion coprocessor. The chip is designed to handle reading the tablet’s motion sensors, and working with third-party apps to integrate those readings into a better “what am I doing?” experience. So far, I’ve only seen one new app take advantage of the M7: Day One. The personal-activity diary app knows whether I’m running, walking or doing nothing; it then combines that information with my diary entries (i.e. photos, words, calendar events). Day One offers just a glimpse at what’s possible with the chip, but for now, it’s not particularly impressive.

Since performance differences among the tablets aren’t all that noticeable, your decision may come down to what you want to do with it. The Kindle Fire HDX 7-inch is an excellent content-consumption device. Everything about the Fire OS, Amazon’s Android overlay, seems geared toward helping you buy and consume things. I love using it to read books and comics, listen to music, browse the web and watch films. If I rent a movie like Man of Steel on the Kindle Fire HDX, I can watch it onscreen — albeit at a low resolution — just moments after I complete the transaction. On the other hand, the mini Retina made me wait hours for the 720p HD version to download over Wi-Fi.

It’s important to note, however, that I had to make space on the HDX to download the HD version of Man of Steel; I did not run into this problem with the mini. When I finally had both videos running side by side, the mini’s version was crisper, and also had truer colors. On the HDX, everything has a slightly yellowish cast.

Fun and Then Some 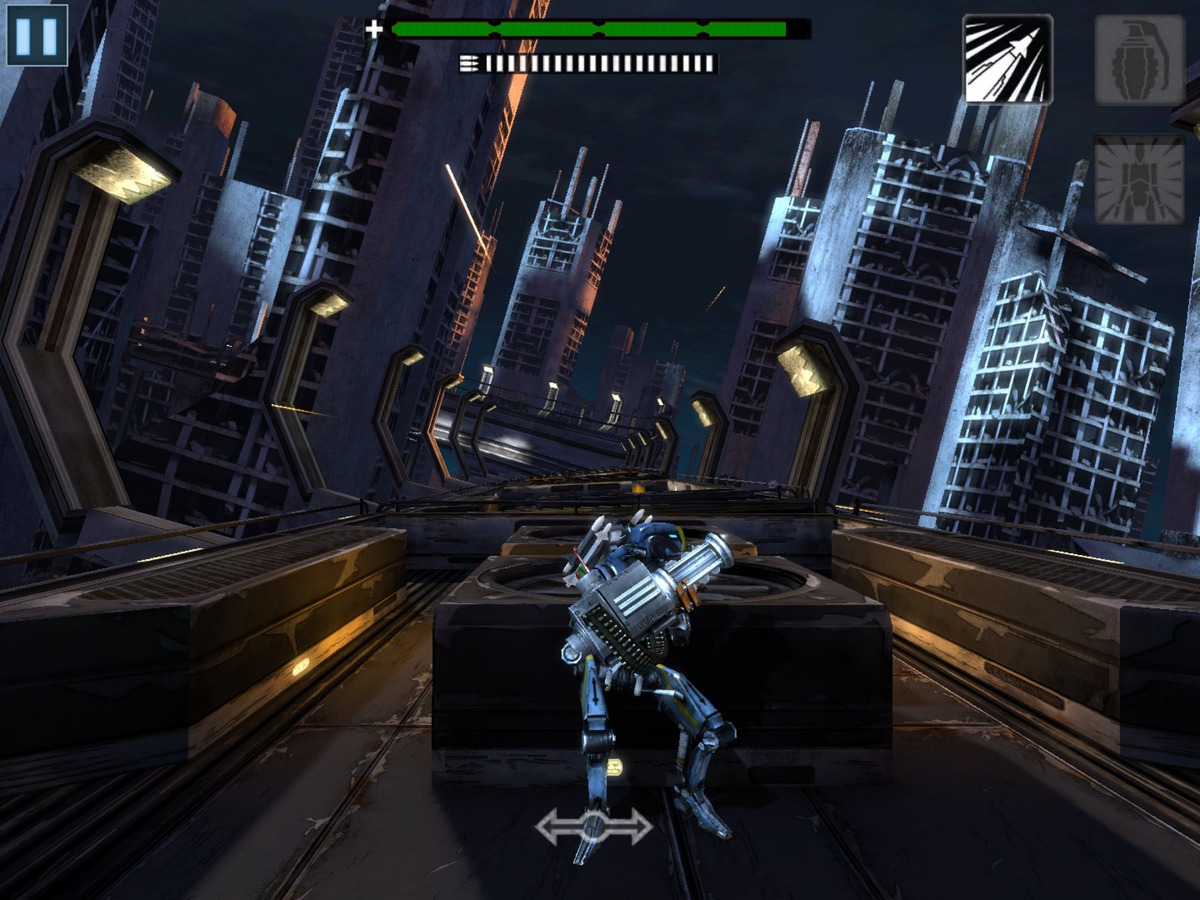 Simply put, the mini Retina is a great entertainment device. I can listen to music on iTunes radio without buying a thing, stream movies and TV shows on Netflix instantly (there’s even an Amazon app), play near console-level games such as Air Supremacy, Asphalt 8, Infinity Blade III and Epoch 2 (see above photo), and access iBooks and Newsstand. Compared to the Kindle Fire HDX, the mini’s larger screen makes the tablet experience that much more pleasurable.

The mini really outshines the competition in terms of getting stuff done. First of all, you get six free productivity apps with your purchase (you must download them): iLife, which includes iMovie, iPhoto and Garage Band, as well as iWork, which includes Keynote, Numbers and Pages. As I said in my iPad Air review, these are — with the exception of Numbers — very good apps that skimp on nothing for the tablet environment. It’s quite difficult to find comparable apps in the Amazon Appstore or Google Play. 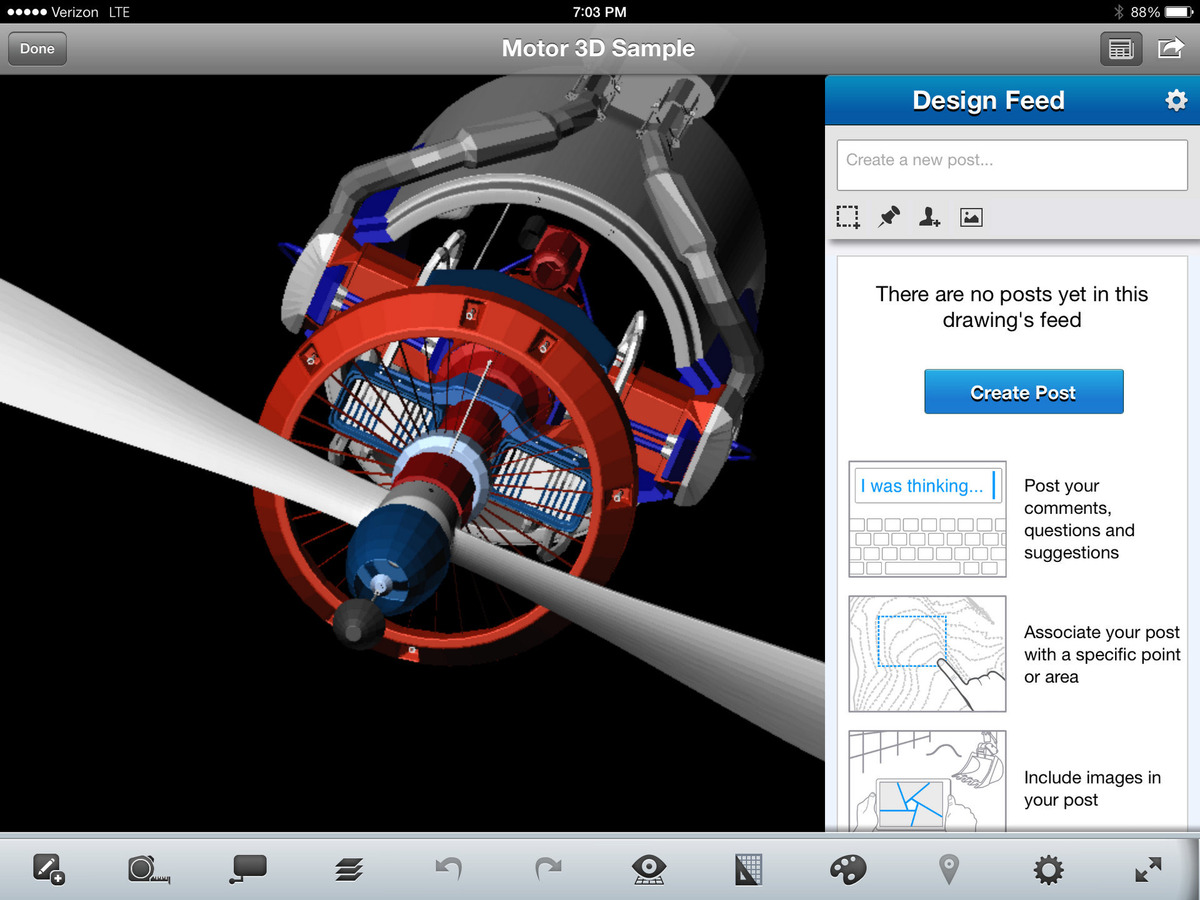 For example, I downloaded AutoDesk’s AutoCad 360 (see above photo) on the mini to see how it handled the complex math behind detailed CAD drawings. When it comes to 3D rendering, the mini didn’t miss a beat. On the Kindle Fire HDX, I found AutoCAD WS in the Amazon Appstore, but every time I tried to open up a CAD drawing, it told me I needed an updated version of the software, which is not available in the store. Since Amazon only provides curated apps, I was out of luck. Such frustration simply does not exist on the iOS ecosystem, where I can find half a million apps custom-built for the iPad.

Images and the Screen

As noted above, the mini offers the same cameras as the iPad Air. The 5-megapixel iSight camera is good for shooting clear, color-correct images and sharp 1080p video. Google puts a similarly powered camera on the Nexus 7. The Kindle Fire HDX 7-inch, however, only offers the forward-facing Skype camera; while it does a good job, I wouldn’t use it to take photos or video.

Although the mini’s camera maxes out at 5 megapixels, the tablet can handle high-resolution images. I downloaded the same 5.2GB panoramic photo on both the mini and Kindle Fire HDX 7-inch. No matter what I tried, the HDX would not display the photo at the same resolution as on the mini. Zoomed out, everything looked fine, but when I pinched to zoom in, the 5,000 x 1,329 image looked fuzzy. On the mini, however, the details remained intact.

With so many great choices, this is the golden age of tablets. I would happily use Amazon’s Kindle Fire HDX, Google’s Nexus 7 or Apple’s iPad mini Retina. If I wanted a tablet that I could comfortably hand to younger children, I’d probably choose the HDX, which has FreeTime, the comprehensive profile-based parental-control system. Likewise, Amazon has a unique 24-7 customer-tech-support program called Mayday. Generally, tablets are easy to figure out, so I bet most people won’t use Mayday; however, it could be the deciding factor when giving a gift to someone who’s a tech newbie.

Ultimately, though, there’s no better all-around tablet than the mini Retina. Yes, you’d spend more, but Apple is not asking you to give something for nothing. Its design, performance, app selection, mobile platform (iOS 7) and ecosystem are unmatched.

To make the mini a slam dunk, however, I’d like Apple to add a Touch ID fingerprint sensor, the same Safari tabs I can find on the iOS web browser and an 8-megapixel sensor for its rear-facing camera. All that would make the next iPad mini Retina virtually unbeatable.

Bonus: iPad Air vs. every iPad EVER