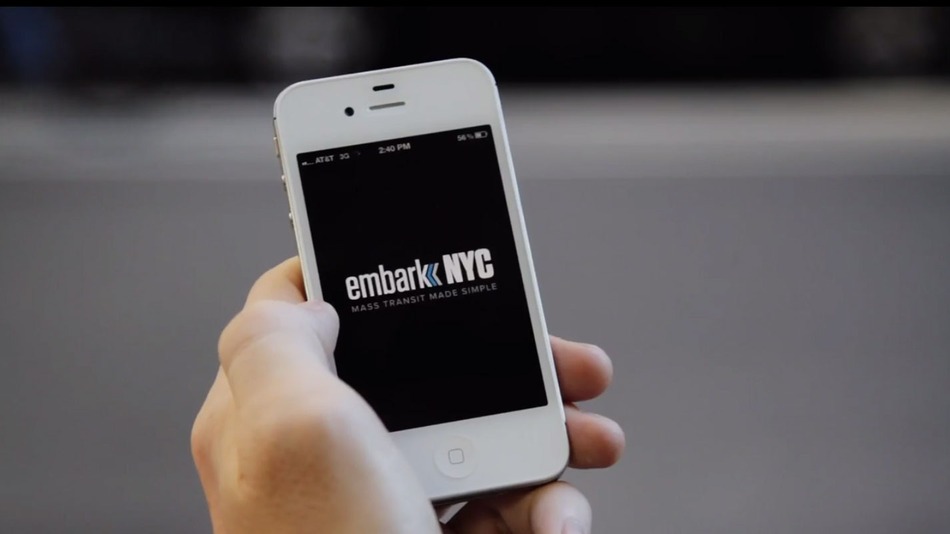 Apple’s location startup buying spree isn’t over yet — the company has acquired transit company Embark for an undisclosed sum.

The news, first reported by Jessica Lessin, comes about a month after the acquisition of another transit app, HopStop.

Embark currently has transit apps for 10 different transit systems in the App Store. The startup has received money from Y Combinator, SV Angel and BMW.

According to Lessin, Apple will integrate some of Embark’s subway mapping technology into the next version of Apple Maps. Direct transit map integration is a feature Apple declined to add to the initial version of Apple Maps that launched last fall. Instead, Apple made it possible for users to open third-party apps (including HopStop and Embark) from the main mapping interface.

As someone who uses public transit every day, I can say that the de-coupling of built-in transit directions is one reason I almost always use Google Maps for iOS.

Apple has had a busy summer on the location acquisition front. In addition to HopStop and Embark, the company also acquired location data company Locationary.

When reached for comment, Apple gave Mashable its boiler-plate statement about acquisitions:

“Apple buys smaller technology companies from time to time, and we generally do not discuss our purpose or plans.”

It’s interesting that Apple would acquire Embark in addition to HopStop, given the similarity in purpose (and considering HopStop has a much larger user base and supports more transit systems). We look forward to seeing how this will impact Apple’s future mapping plans.

What do you think of Apple’s Embark acquisition? Let us know in the comments.