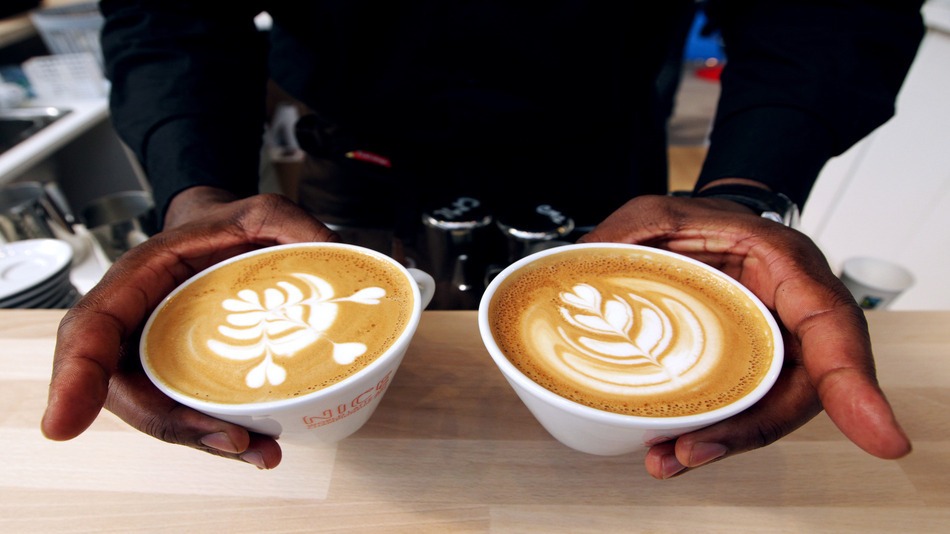 If networking is a key to success, some very lucky entrepreneurs are getting the chance to rub elbows with power influencers they didn’t realize were in their network. It’s called the influencer of the month series, and the new feature could connect you for a cup of coffee with a major influencer from the free iOS app HereOnBiz, a geo-location service bringing together like-minded professionals.

Here’s how it works: Influencers select a city in which they want to meet, then users in that city are notified when they open the app and can then apply. Influencers pick when they want to meet and with whom, after HereOnBiz sends them possible candidates. Once the two sides are linked up, it’s on to a 30- to 45-minute coffee session. 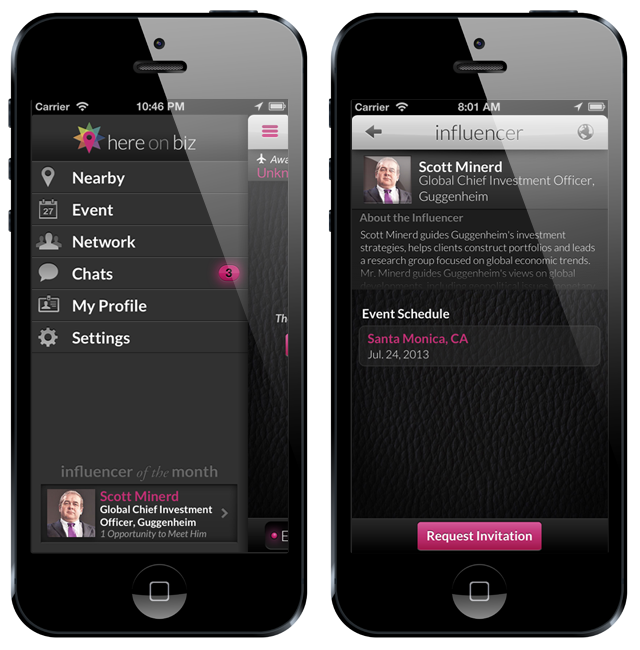 Influencers get a chance to highlight a cause, promote a product or book through the app while users get the opportunity to sit down and, possibly, do business with them.

“It’s not a contest; not random,” HereOnBiz founder Nick Smoot told Mashable. “We talked to the influencers and they specifically want to do this because they see this as a value to the business community.”

The program soft launched last month in Pasadena, Calif. Porter Gale, the former CMO of Virgin America and author of Your Network Is Your Net Worth met with Evan White, a PR professional, and former core member of the social video site Viddy.

“It really was an awesome experience being able to sit down, drink an iced latte, and have a conversation with Porter,” he says. “I feel like I not only made a business connection, but a friend.”

This month’s big fish is Scott Minerd, the global chief investment officer of Guggenheim Partners, who manages more than $180 billion in assets, and is a special advisor to the Federal Reserve.

The next 14 months are lined up with a list of big names, including California Lt. Gov. Gavin Newsom, tech blogger Robert Scoble, TechStars’ founder Brad Feld, Keith Ferrazzi, the former CMO of Deloitte and best selling author, and Charles King, an agent and managing partner at the William Morris Endeavor talent agency.

It’s a way “to show our community that we exist to help them never miss an opportunity,” Smoot says. “It’s not a first- or second-degree network, but an opportunity they never realized they had.”