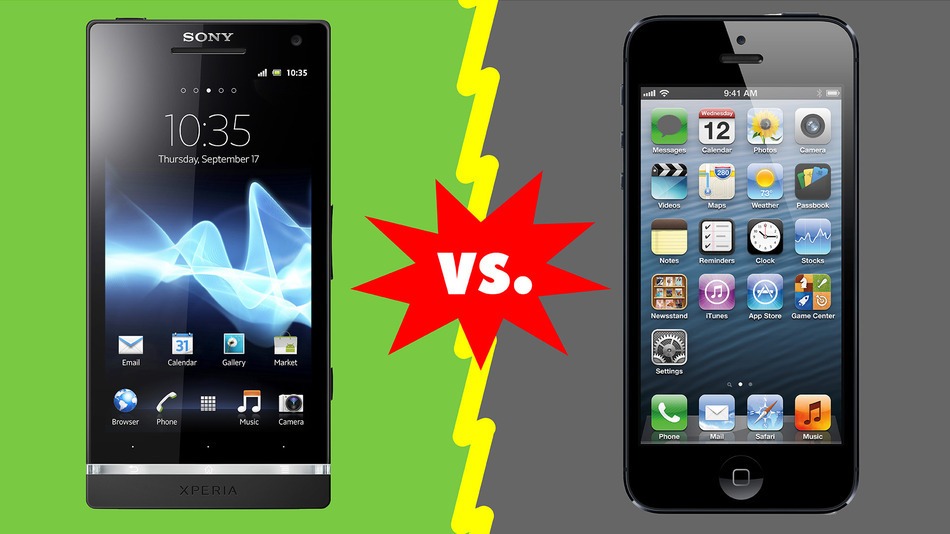 The world is full of great rivalries, and for smartphones, there are no exceptions. The iPhone vs. Android debate is a staple within the tech community; most users will loyally (and outspokenly) tell you why their respective devices, and theirs only, are the far superior choices.

But what if you haven’t decided? Maybe you’re impartial to both. Maybe you’re still clutching your Nokia brick. Or maybe you just don’t care.

In any case, we’ve highlighted components of both phones to help you decide which brand is right for you. It boils down to minor preferences: Would you rather have an operating system that’s open-source? Or a more compact device likely to get top apps sooner? Et cetera.

Different strokes for different folks, really. Take a look and tell us in the comments which one you prefer — but please, be gentle.

Unique to Android phones is its powerful open-source operating system, which is the most popular in the world, according to data by Kantar Worldpanel ComTech. The system lets manufacturers, carriers, independent developers and savvy consumers modify content and fix bugs — all via the code Google releases under a free software permit called the Apache License.

The freely amendable OS opens up the potential for cool system projects, too, like Cyanogenmod, Paranoid Android and MIUI. It also allows developers to distribute and sideload content outside the constraints of the Google Play store. 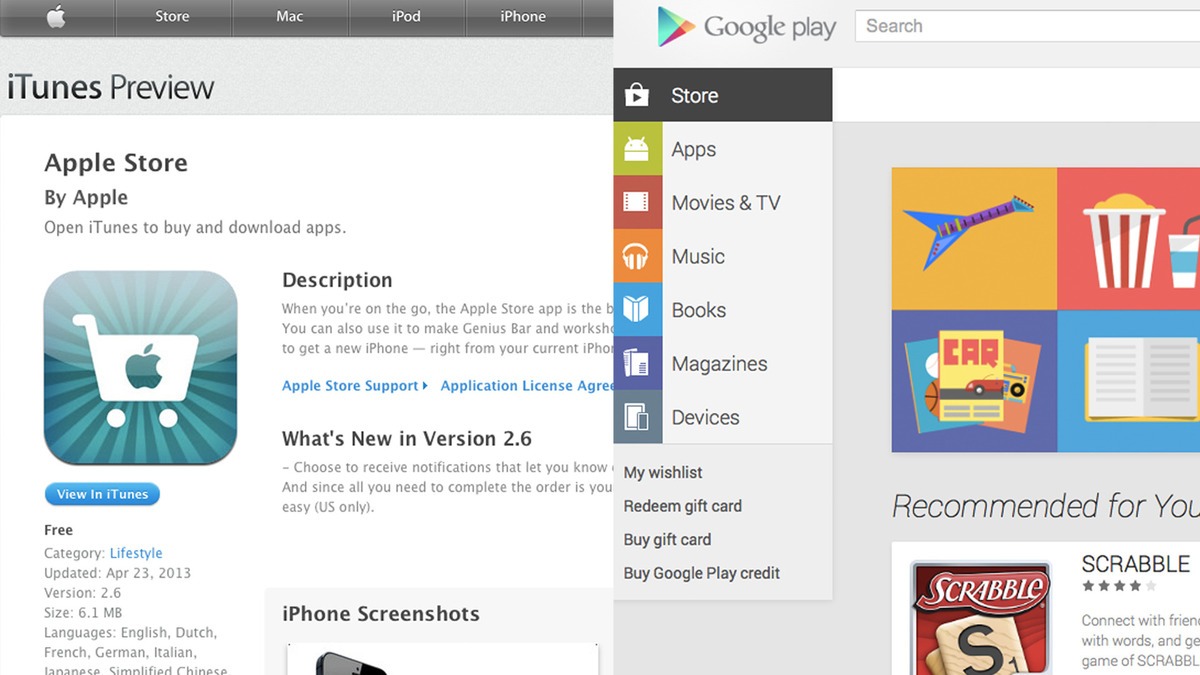 Apps, on the other hand, are a different story. For years, iOS lead the way with highest number of available apps, but now the numbers seem to be changing. An Apple press release from June, 2013 says the iTunes Store has more than 900,000 apps; and a Google spokesperson confirmed to Mashable that the Play Store has more than 975,000.

The quality of the apps is obviously a subjective argument, and loyal users of both will argue why and how their platforms do them better. What’s not as subjective is availability. iOS inarguably gets apps sooner — it took months for Android to access Instagram and Vine, after all. While Android may be catching up, Apple still secures more big-name apps before any other platform.

On the flip side, Android offers more flexibility with its apps by allowing Firefox, Opera and Chrome to run, a capability that isn’t permitted through iOS.

Something often overlooked in Android, as highlighted by Computerworld, is a system-wide sharing function called “intents.” The feature lets you pass data — text, photos, links — in between your apps. To use it, tap and hold your finger on a sentence (say, from an email) and click the “Share” icon, which pulls up a list of apps that allow the function, like Gmail or Dropbox. From there, it’s as simple as dragging the text, or whatever else you’ve selected, into the app of your choice.

Because of Android’s open-source OS, any developer can program his or her app to correspond with the internal data-sharing. It may seem minuscule, but it makes tasks like sharing photos or Google searches undoubtably quicker.

When it comes to size, iPhones are smaller and easier to carry than most Android phones. The iPhone 5, the tallest to date, is 4.87 inches tall and 3.95 ounces, compared to the HTC One’s 5.41 inches and 5 ounces. The Samsung Galaxy S4 measures in at 5.38 inches in height and 4.59 ounces.

On the other hand, rumors are circulating that Apple may debut a bigger phone come September, the time of year it typically unveils new iPhones.

One perk to not having an open-sourced system is consistency across devices. Small actions, such as turning on Wi-Fi, vary from the Nexus 4 to the Galaxy S4 to the HTC One — again, a result of different interfaces. The tradeoff, though, is that it gives you the potential to customize.

Most of Apple’s functions remain homogenous across devices — there’s really only one way to do something on the iPhone. Once you’re in the “ecosystem,” so to speak, you only need to remember one login password to sync your photos, music and other files across each device using iCloud.

Some argue the open-source method, particularly when it comes to the raw quality of its mobile devices, is Android’s double-edged sword: a stellar operating system that lacks a steady phone. Slate’s Farhad Manjoo writes:

“These phones have the potential to be really wonderful machines, even as great as Apple’s flagship phone. But then, at the last second, the phone makers and the world’s cellular carriers snatch defeat from the jaws of victory. They ruin the phones’ potential with unnecessary features and apps that lower the devices’ battery life, uglify their home screens, and make everything you want to do extra annoying.”

If you’re someone who lives and dies by your Gmail account or Google+, however, Android’s strong ties with its properties might make for a better (and smoother) fit.

It’s a tough conclusion to draw. What made you choose your phone, and are you happy with that decision? What would it take for you to make the switch?