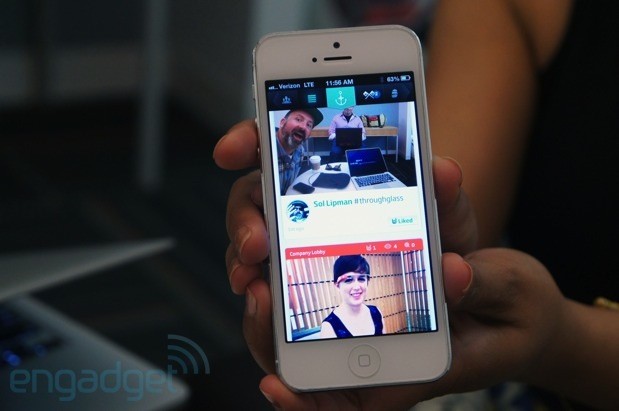 We don’t usually cover business software around these parts, but Anchor, a social networking app launching today on iOS, goes out of its way to look like a regular app. The brain child of a former GM of Flickr and ex-VP at AOL, it’s sort of like Facebook, in that it allows coworkers to join groups, post status updates, upload photos (complete with filters) and like each other’s activity. (In lieu of a thumbs up, you give someone a rock-on sign.) It also has built-in chat and contact cards, so in theory you could use it as a one-stop shop for communicating with coworkers instead of cobbling together various other apps.

You could even compare it to Yammer, the social network eventually bought by Microsoft, except Anchor’s co-founders say the app is more about coworkers bonding with each other, than necessarily being productive. (Imagine that!) Again, it’s available today for iOS (and the web too), with free lifetime membership if you get it before September 25th. It’s also coming soon to Android and Google Glass, we’re told. With no commitment you should give it a try — the UI is extremely slick — though we have to wonder if it’s really that big a faux pas to friend your coworkers on Facebook. After all, who’s afraid of the occasional like from Tim Stevens?