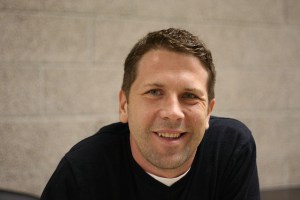 Nokia’s Bryan Biniak has a tough job — he’s the guy who forges partnerships with all the hottest apps to bring them aboard Nokia devices, which now means Windows Phone 8. However, even with its steady growth, the Windows Phone platform only accounts for around 5 percent of the global market, behind second-place iOS and ever-growing Android.

For small, lean startups (like Instagram once was, for example), developing for an entirely new platform with comparatively limited reach, it’s a reasonably tough sell. But it’s Bryan’s job, and today he absolutely nailed it (with one very obvious shortcoming). Path has joined Windows Phone 8 with an app specially tailored to the Lumia 1020‘s 41-megapixel capabilities, alongside a new CNN iReporter app, Hipstamatic app, Oggl Pro, Yelp, foursquare,Path app and promise of a Vine app later on.

But where’s Instagram? Facebook has a strong relationship with Microsoft, as proven with the Bing situation, and Instagram is now Facebook’s property. What’s the hold-up? Especially when Instagram had the opportunity to do something exclusive and cool (Instagram is a fan of exclusivity, as proven by the 18 months it spent on iOS before hitting up Android) with the Lumia 1020′s highly capable PureView camera.

We spoke to the man in charge of making this happen. This is an edited transcript of the interview.

TechCrunch: Describe what it means to be Vice President and General Manager of App development at Nokia.

Bryan Biniak: For one, I focus on apps with global appeal and reach as opposed to regionally specific applications. We have teams that focus on various regions, but I oversee the applications that ship on a global scale.

I’m also responsible for integrated marketing with those applications. At Nokia, we really try hard to connect these applications to the Nokia story, and the Lumia story, bringing that into the marketing message. We want it to connect with operators and retailers so that we can offer a richer experience through and for the applications.

I came from a world of startups.

BB: I started as VP of Business Development at Harmonics Music Systems, then became the COO at YourMobile, before it was acquired by Vivendi. I stayed there a while before moving on to start up the mobile division at American Greetings, and then became the CEO and Founder of Jacked, which was a second screen experience we sold to RoundBox. Now I’m at Nokia.

It’s interesting to switch from one side of the desk to the other. I used to be the guy who went around knocking on office doors at big corporations, and now I’m the guy who’s working with the smaller companies to get them big-time distribution.

TC: Windows Phone has clearly shown growth, but for developers at small startups, the distribution there is pretty limited. You guys are a distant third behind Android and iOS, so I imagine it must be difficult to bring some startups on board the platform, especially those that you’re really desperate for on Windows Phone who are having perfectly good success on the other two platforms. What are some of the biggest challenges you face at your job, and how do you make your argument to these hold-outs?

BB: I don’t think everybody sees the opportunity right away. But when we talk with developers, we explain that we offer an expansive offering. We offer distribution, integrated marketing, technological resources. It’s a symbiotic relationship that we have with our developers and we’re interested in everybody. It’s not about who is stronger and bigger — that doesn’t determine how we treat companies or what kind of investment we’ll make in them. And since it’s a non-equity investment, those entrepreneurs can always act in their own best interest, too.

We’ve taken more of a consultative approach. We want to understand their business goals, their product, consumers, how they use it, and what the team’s roadmap looks like. What I like to do is figure out how we can accelerate all that. Nokia can bring creative technology to the table and package in distribution to drive phenomenal results. These startups don’t have a lot of marketing resources, but we bring them into campaigns for OOH, over the line, under the line, and team them up with the operators. For them, that’s a huge amount of value.

As a young company, certain things drive the next level of valuation. The types of deals we make with apps preserve their cash flow, and give them access to the talent in our company.

TC: But with the Lumia 1020 specifically, which was unveiled yesterday, there’s an entirely separate SDK to take advantage of that 41-megapixel sensor. So with this particular phone, you’re asking developers to take it a step beyond building for a third platform and actually build specifically for a certain phone. That must make things even more complex from a development standpoint.

BB: We have spoken to a number of companies who don’t even have the bandwidth to operate the way they’d like. They explain that they have to keep advancing, but that it’s hard when you’re on a team of 10 to 12 people. They think adding in another platform is daunting.

But when I’m able to bring a device like the 1020 on to the table, it changes the conversation.

I can do stuff on this phone that I can’t do on any other device.

This happened with a number of different companies we spoke to, who saw an opportunity with the Lumia 1020 to fulfill certain pieces of their own dream for their app. We try to explore concepts around development that will help the apps we work with achieve their long-term vision. We have started experimenting to solve real-world problems with our APIs and then open up those solutions to other people.

TC: Let’s move on to a tougher question. The Lumia 1020 is clearly built with imaging in mind, and when I think of mobile photography there’s one app that dominates the thought. You know where I’m headed: What’s the deal with Instagram? When can we expect them on the platform and what are you doing to get them there? Have talks begun?

We’ve also extended our relationship with Twitter so Vine will also come to the platform later this year.

TC: You mentioned earlier that you make investments in applications, and that you offer marketing integration to get them on the platform. What do these deals look like? Have you ever paid any app to get on the platform?

Let me answer this in a different way. We have commercial agreements with every company out there. Contractually, we’ve signed NDAs and we don’t talk about the deals in specifics.

What you’ll see is relationships driven by technology, time, and leverage what Microsoft has to offer. With our team at Nokia, we have more people on the ground than anyone else, going to individual markets working on an account-by-account basis. We talk to companies from a business standpoint as well as on the basis of technology. There’s a lot of different things that go into those agreements, but I can’t go into further details.