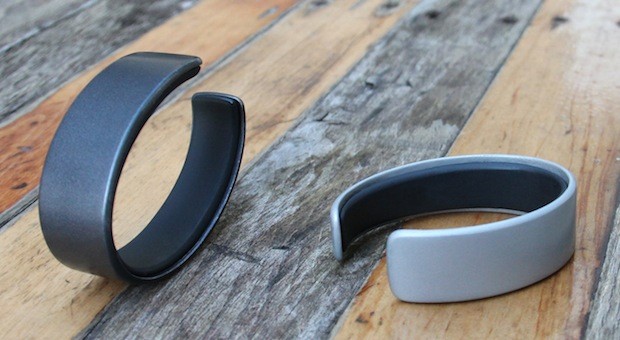 There are fitness wearables that track steps, gauge your quality of sleep and monitor your stress, but few combine all three. As for keeping track of what you eat, most people still resort to old-fashioned food diaries and calorie counters. The AIRO wristband, however, aims to measure all of the above completely automatically. Launching today, the AIRO uses a special embedded spectrometer to track not just your heart rate, but also your sleep patterns, workout intensity and calories consumed. It’s even able to break down the nutritional intake of your food.

Abhilash Jayakumar, co-founder and CEO of Airo Heath, tells us it’s able to do this because specific nutrients have different light properties. “As your body breaks the food down, the sensor can detect the amount of light that passes through the blood based on green, red and infrared patterns.” So, for example, if you just ate a candybar, you’ll see a spike in sugar intake reflected on an accompanying AIRO app. The wristband is able to parse the nutritional value of food into protein, fat and carbohydrates. Jayakumar tells us that the app is right now not quite sophisticated enough to tell the difference between simple starches and complex ones, but the team still has more experiments to do, so don’t rule that out just yet.

“We might be able to see a difference in waveform, that would show you whether something is better or worse for the body.” Further, Jayakumar notes that the AIRO’s caloric intake measurement might differ from that on food packaging, because different people process foods differently.

As for stress monitoring, the AIRO essentially gives a rounded view of high, medium or low stress based on your heart rate. If it thinks you’re a little bit too stressed out, it’ll vibrate ever so slightly warning you to calm down. The app will also notify you to take a few breathing exercises if it deems it necessary. Exercise mode also takes your heart rate into account, as it measures workout intensity along with counting steps and calories burned. That way it knows the difference between a serious gym session or just wild gesticulation for those that talk with their hands. Jayakumar tells us the app is also smart enough to recommend a few rest days if it thinks you’ve over-exerted yourself. For sleep mode, the AIRO taps into your nervous system to suss out your sleep patterns and whether you’re a light or heavy sleeper. It’ll vibrate to wake you up when it’s the most optimal, and it’ll tell you how many hours of restorative sleep you had.

But what’s the point of all this information if you won’t do anything about it? That’s why the accompanying AIRO app gathers all the data together to come up with useful actionable advice. If you’re stressed out, it might recommend more sleep or some exercise, for example. This is something that sets AIRO apart from most wearables on the market that only provide raw data, leaving it up to you to analyze next steps. “There are so many things happening in one’s life, that if you don’t know what to do next, you won’t do it,” says Jayakumar. “We are providing proof of how your body’s behaving, which should be enough for you to say, ‘oh, I need to do something.'”

The final production version of the AIRO wristband will be a unibody cuff made out of bead blasted aluminum with a soft matte finish. We weren’t able to try one out for ourselves, and indeed, it might be awhile before anyone does: AIRO is hoping for a ship date of some time in Fall 2014. Still, if you believe enough in AIRO to give it a shot, you may pre-order one for $149 right now before it goes up to $199 as its final retail price. If you still need more convincing, take a peek at the video above or hit the source for more information.