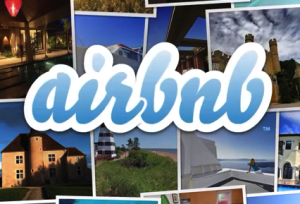 Airbnb Victory In NYC: Environmental Control Board Reverses $2,400 Fine On Renting Out A Room In An Apartment

A big regulatory victory for Airbnb today: the company has managed to win an appeal in New York City over a fine against a host called Nigel Warren, whose landlord was fined $2,400 in June after Warren rented out a room in his apartment. If the fine had stuck, it would have set a business-threatening precedent for Airbnb in the city.

“This decision was a victory for the sharing economy and the countless New Yorkers who make the Airbnb community vibrant and strong. As I said last summer, the sharing economy is here to stay, and so are we,” David Hantman, Airbnb Global Public Policy Director said today in a statement.

The key, as Hantman points out, is that “as long as a permanent occupant is present during a stay, the stay does not violate New York’s short term rental laws.” How that will be enforced is another question. For now it looks like the case pertains only to shared spaces, meaning that if a full home is on offer, it could be exempt from both the violation and the requirement of having a permanent occupant present.

The backstory: Earlier this year, Airbnb provided legal support to Nigel Warren in the case against him, when a judge decided that Warren was violating rules on short-term rentals by listing a room in his apartment on Airbnb. As Ryan pointed out at the time, those laws were originally designed not for small-scale room lets like the kind on the peer-to-peer site, but for landlords who would buy up property to list spaces as hotels. Essentially, the law made renting out space for less than a month illegal.

There have been exceptions made for shared spaces, and Warren apparently hadn’t been much of a power-hoster, but Warren’s landlord had been fined anyway (and Warren took the costs upon himself).

When Airbnb announced its participation in the case earlier this year, it said it would be in it for the long haul, even going so high as the trial courts — although it hasn’t come to that in the end.

First, how and if Airbnb can leverage this win into a bigger play for more regulatory clarification on city and state levels in New York and beyond. This is something the company — like Uber, another groundbreaker that is changing the game for how services are consumed and sold — continues to work on trying to achieve.

Second, if those rule changes don’t come quite as fast as Airbnb hopes, will Airbnb continue to stand by the side of its users to help defend them?

The ruling from the New York City Environmental Control Board is embedded below. Airbnb’s statement is below that.

In June, I wrote about Nigel Warren, a New York host who was fined by an administrative law judge for renting out a room his apartment for a few days. I said at the time that the decision was clearly wrong on the law and bad for New York, and we were proud to support Nigel and his landlord as they appealed this ruling over the past few months. Yesterday, the New York City Environmental Control Board reversed Nigel’s fines, agreeing with our arguments and delivering a major victory for Nigel, New York and the Airbnb community.

In the appeal, we and Nigel argued – and the appeal board now agrees – that under New York law as long as a permanent occupant is present during a stay, the stay does not violate New York’s short term rental laws. Much of the New York law is confusing, with some provisions applying to certain buildings and not to others. But this shared space provision was crystal clear. We intervened in this case because the initial decision on Nigel’s case was so clearly wrong, and we are pleased to see that the Board agreed.

We know there is more work to do. This episode highlights how complicated the New York law is, and it took far too long for Nigel to be vindicated. That is why we are continuing our work to clarify the law and ensure New Yorkers can share their homes and their city with travelers from around the world.